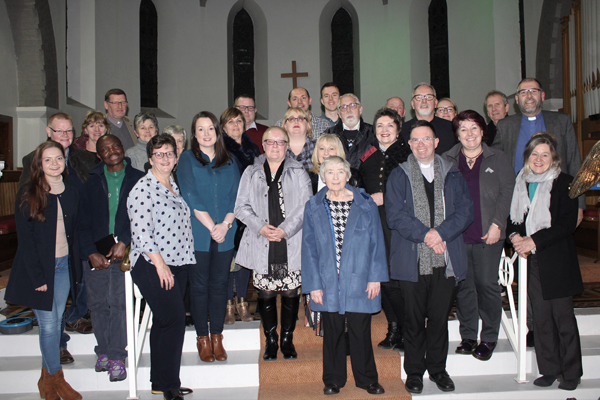 Representatives of some of the churches and Christian communities taking part In Relentless 2019 in North and West Belfast, pictured at the launch service in St Stephen’s on March 3.

During the season of Lent, 29 church congregations and Christian communities in North and West Belfast along with two primary schools and a youth club will be working together to encourage people to pray for themselves, their churches and their local communities.

Each day during Lent, a prayer space will be available for people to drop in and spend time in quietness to reflect and pray.

The ‘Relentless’ initiative, started last year by the Rev Canon Jim Carson and Heather Carson in the Church of Ireland parishes in the Lower Shankill, seeks to bring church congregations and Christian communities together with a shared vision of encouraging people to pray and ask for God’s blessing and healing on the people and life of their communities.

Last year 21 prayer spaces were available during Lent and this year that number has increased to 29.  Sister Karen Webb from the Church Army / Diocese of Connor Connect Base on the Shankill Road said of last year: “It was lovely to just take time to sit in peace and pray in the middle of all the daily rush and also that others dropped in too.”

Relentless Prayer 2019 was launched at a service in St Stephen’s Parish Church on Sunday March 3, with the Ven George Davison, Archdeacon of Connor, as the speaker. Around 90 people from various churches and denominations attended.

The programme begins on Wednesday March 6 in St Paul’s, York Street, at 10am, with Holy Communion at 10.15am.

Heather Carson said: “We would be delighted if colleagues and friends in Connor Diocese would join us in praying for the life and witness of churches and Christian communities in North and West Belfast and drop in to one of the prayer spaces available.”

For more information contact Stephen Whitten on stephen.whitten@churcharmy.org or Heather Carson on coils.heather@gmail.com. 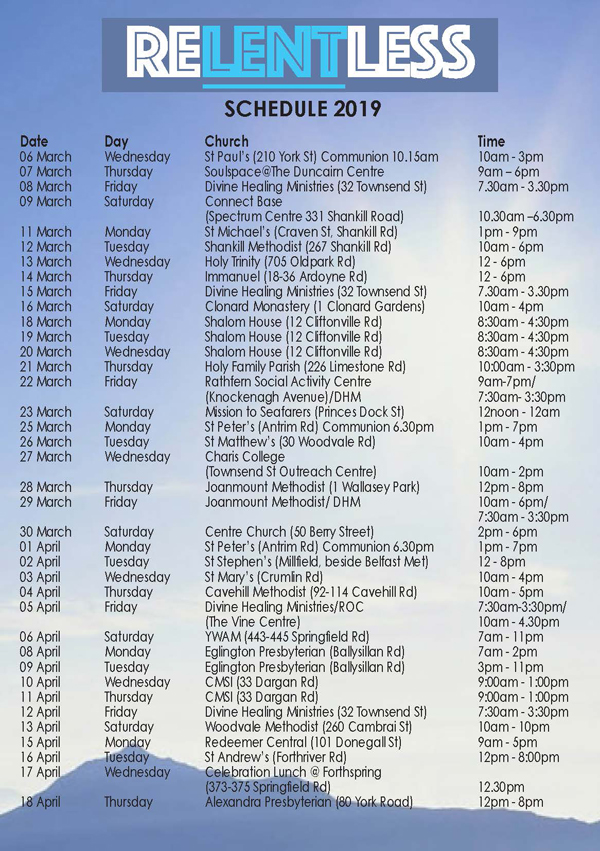