A sign of hope – VTC to reopen in Yei 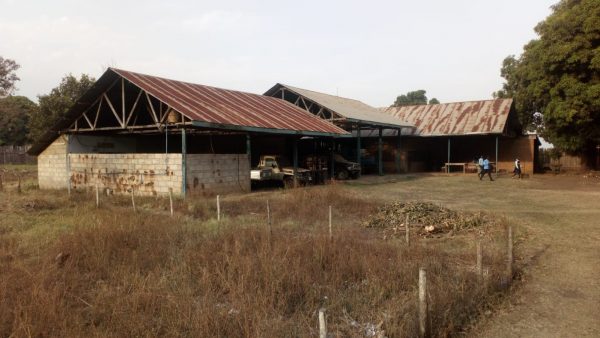 The Yei Vocational Training Centre workshops – in need of some repairs.

Billy travelled to Yei, where he once lived and worked with his wife Jenny and family, at the request of Bishop Hilary of Yei who is anxious to see the church-run Vocational Training College (VTC) reopened. 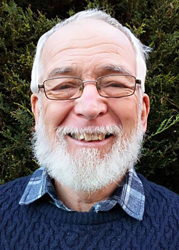 Morris Lugolumo has been appointed as manager of the VTC, and Bishop Hilary has asked Billy to go back in April to ensure that all is in place and to be there for the reopening.

Billy’s wife Jenny is CMSI’s Mission Director. “CMS Ireland will be carefully monitoring the security situation but would support Billy to do so,” Jenny said.

“We encourage folks to pray that this will be possible as Bishop Hilary sees this as one way of helping peace to be established.

“Actively making peace through offering opportunities for young people to train in constructive skills for rebuilding the nation, and as a sign of hope to the wider community that positive things are beginning to happen.”

Another sign of hope is that 79 people were confirmed in Yei Cathedral on February 17.

CMSI carried a number of website updates on Billy’s work and experiences during his time in Yei. The latest report can be read below.

“It is hard to imagine that the struggle for safety and survival continues unrelentingly for so many back in South Sudan. As Billy boarded the plane for Yei a month ago, it was announced that a new offensive was about to be launched from Yei against the main rebel group who had not signed up to the 2018 peace agreement.

“On the drive between Yei town and the airstrip Billy witnessed convoys of armoured vehicles being prepared for the attack into the rural areas. During the three weeks he was there, a new camp had to be set up to cater for the people fleeing their village homes and coming to town for safety. 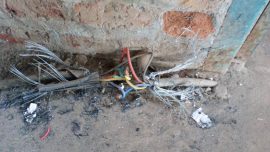 The electrics at the VTC need further work.

“It is reported that over 6,000 more have fled into DR Congo from the greater Yei area. A report by the UN High Commission on Human Rights (OHCHR) was presented to the UN in Geneva last week. It makes depressing reading. The Guardian describes South Sudan’s war as ‘a relentless litany of almost unimaginable horrors’ RTE have also highlighted the report.

“It is against this background that the church remains committed to being present. Committed to bearing witness to both the human rights abuses as well as to the One who came to redeem our corrupted humanity.  Through speaking truth, upholding justice and offering help through loving service, the church displays God’s character. It is a very dangerous and almost impossible task. It is only in obedience to God and empowered by His spirit that anything will be achieved.

“Bishop Hilary and his pastors have worked with incredible commitment and dedication to preach, teach and disciple those in their care and to offer practical help in their communities. Many are still coming forward for baptism and confirmation and the church is growing in South Sudan and in the refugee camps.

“During Billy’s placement it became evident that the church is committed to reopening the Vocational Training College in Yei as a sign of hope. There are many young people including demobilised child soldiers who need the opportunity to learn practical skills. These skills are needed for rebuilding the country.

“The diocese set up a management committee, have recruited a VTC Manager, Morris, and laid plans to reopen the VTC in April for day students. The committee have approached some funding agencies who have agreed to sponsor students in training.

Billy has been invited back in April to assist with the final preparations to reopen. It is likely that the first two courses will be vehicle mechanics and tailoring. There is still a lot to do…

Thank you to everyone who has been praying for the situation in and around Yei, please continue to do so.

‘Do not be afraid, little flock, for your Father has been pleased to give you the kingdom’ Luke 12:32”

We will follow developments at the VTC, and Billy’s return for its opening, and will be featuring the very latest from Yei, witnessed by Billy Smyth, in the June issue of Connor Connections. 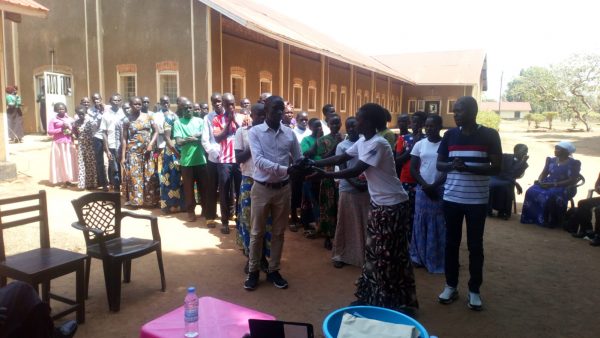 Seventy nine people were confirmed on February 17 in Yei Cathedral.