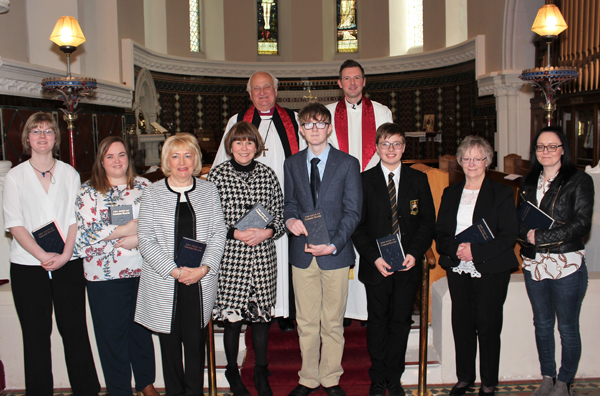 Lord Eames and the rector of Eglantine, the Rev Jason Kernohan, with the candidates who were confirmed on March 10.

The Rt Rev the Lord Eames OM, former Archbishop of Armagh and Primate of Ireland, was at All Saints’, Eglantine, on March 10 for a Service of Confirmation.

There were eight candidates confirmed during the service which was conducted by the former Archbishop.