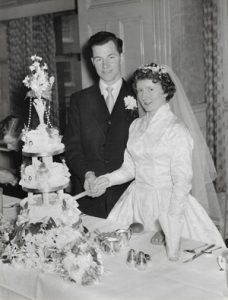 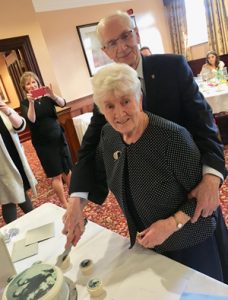 Congratulations to Dessie and Edna Thompson, parishioners of St Mark’s, Ballysillan, who celebrated their diamond wedding anniversary at a party for their family and friends from church.

The couple were married on St Patrick’s Day in 1959, and have lived since then in the same house in Lyndhurst Close.

Dessie, 86 and Edna, 84, are blessed with lots of nieces and nephews, and so it was a lovely family celebration at the anniversary party and dinner held in Corr’s Corner.

Edna was at one time organist in St Mark’s, and Dessie was church warden for quite a few years.

Both are retired now, but Dessie was a painter and decorator, while Edna had a few different jobs, including doing the payroll in Mackies for a time.

Among other things, the couple share a love of their garden.