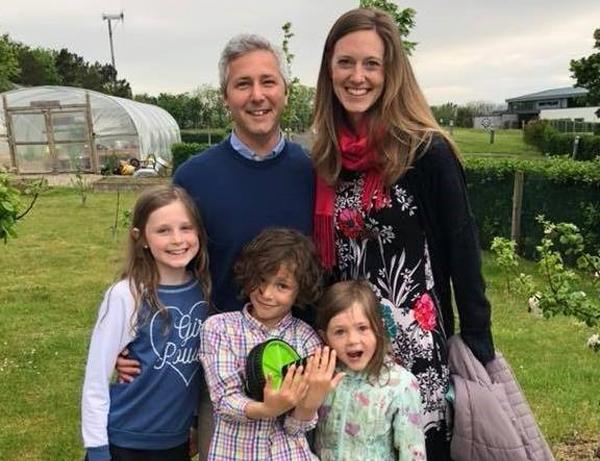 The Rev Dr Alexander Wimberly with his wife Kiran and their three children.

The Rev Dr Alexander Wimberly has been appointed new Leader of the Corrymeela Community.

Founded by Ray Davey and students from Queen’s University in 1965, Corrymeela is Northern Ireland’s oldest peace and reconciliation organisation.

Alex, who is originally from the United States, worked as minister of the McCracken Memorial Presbyterian Church, Belfast, for almost seven years. He completed his PhD studies in history – focusing on the theme of reconciliation in American Presbyterianism – at the University of Notre Dame after which he returned to Northern Ireland, working in various roles with Corrymeela up until his appointment.

Kate Pettis, chair of the Corrymeela Community’s Board of Trustees, said: “Alex combines a warmth of personality with an attention to mission. Having worked with Alex already, I have seen firsthand his insight and leadership, his commitment to inclusion and reconciliation, his intellectual rigor and his focus.

“We are thrilled to appoint him, and look forward to many years of his leadership in this role that combines faith, peace, practice and courage.”

Alex is married to the Rev Kiran Young Wimberly and they have three children.

He succeeds Pádraig Ó Tuama as Leader of Corrymeela.