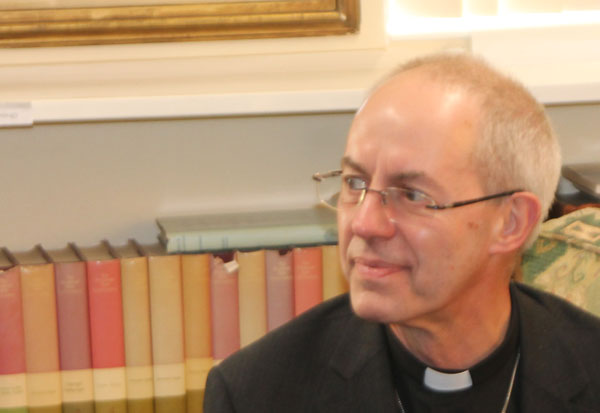 The Anglican Community News Services reports that today and tomorrow (April 10 & 11), political and Christian leaders from South Sudan are in the Vatican for an unprecedented spiritual retreat led by the Archbishop of Canterbury, Justin Welby, and Pope Francis.

The retreat was described by Vatican spokesman Alessandro Gisotti as a ‘propitious occasion for reflection and prayer, as well as an occasion for encounter and reconciliation, in a spirit of respect and trust, to those who in this moment have the mission and the responsibility to work for a future of peace and prosperity for the South Sudanese people.’

Connor Diocese has had a partnership with Yei Diocese in South Sudan for more than a decade. A number of teams from Connor have visited over the years – Bishop Alan Abernethy was there in 2013 – and Bishop Hilary of Yei has been to Connor Diocese on many occasions.

But since it was declared an independent country in 2011, South Sudan has spent almost six years in a state of civil war.

The message of this week’s spiritual retreat is: ‘Seek that which unites. Overcome that which divides.’