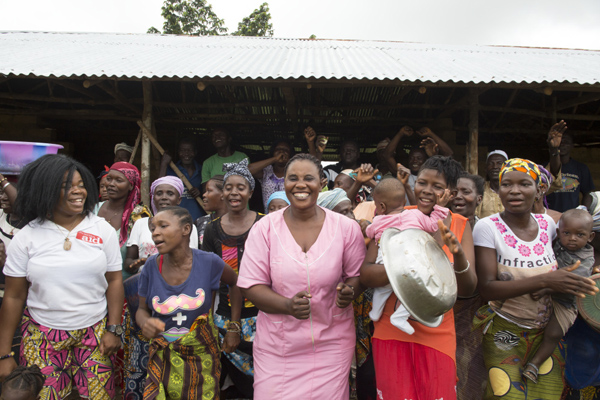 Nurse Judith Lassie in Sawula village. Christian Aid Week will aim to fund a bigger and better health centre in the village.

Christian Aid Week this year (May 12-18) will focus on the charity’s work in Sierra Leone – the most dangerous country in the world to give birth.

Sierra Leone is a country about the size of Ireland, and lies on the coast of West Africa. Scarred by a long and bloody civil war (1991-2002), and the worst Ebola outbreak in history (2014-2016), Sierra Leoneans are now battling to rebuild healthcare.

But for mothers, babies, and young children, the risks are huge.

There are a number of reasons why giving birth is so dangerous in Sierra Leone:-

For surely I know the plans I have for you, says the Lord, plans for your welfare and not for harm, to give you a future with hope.’ (Jeremiah 29:11) 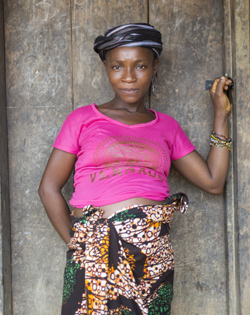 Jebbeh Konneh lives in Sawula village, about six hours south of Freetown, the capital of Sierra Leone.  Jebbeh is extremely anxious about the birth of her own child.  When her sister Fatmata went into labour she was unable to access an ambulance and had no choice but to walk for three hours under the baking sun to the nearest hospital.  The road was long, she struggled to keep walking and sadly she died on the side of the road.  She never gave birth.

Pregnancy should be a time of joy, not a time of fear.  Instead of buying new clothes for her sister’s baby, Jebbeh went instead to her sister’s burial. As her due date looms closer, Jebbeh fears she could be next. ‘I’m afraid,’ she says. ‘I pray, when that day comes, God will help me to deliver safely, so that I can have a bouncing baby and I’ll be healthy.”

In Sawula village, the community struggles with an ill-equipped health centre which has no electricity and just two delivery beds.

Judith Lassie is a nurse. When she first came to Sawula village, she saw how mums were in desperate need of medical care.  Judith works around the clock to meet the needs of mums and young children who come to the clinic. But the need is great, and sometimes she’s forced to send people away.

The health clinic is the size of a small bedroom.  Operations, deliveries, baby check-ups – everything happens in one single room. When women come to the clinic at night, there’s no light for Judith to use. She has to ask her patients to bring a torch. This makes giving birth so much more dangerous.

There are often not enough drugs at the clinic. Judith sees diseases like malaria and typhoid, especially in children. She has to go on a motorbike or sometimes walk for three hours to collect drugs. ‘I need help, she says. ‘Women are dying from childbirth, children under five are dying, because of poverty.’

A new health centre is like a dream for Sawula village.

With your support this Christian Aid Week, the charity hopes to build a bigger and better health centre with a delivery room, a drug store, a room for children under five-years-old and, importantly, equipped with solar lighting.

Visit caweek.org to download your church resources including worship materials, ideas for young people and a film featuring the very passionate and committed nurse, Judith Lassie, or contact the Belfast office for additional support or information:  belfast@christian-aid.org or 028 9064 8133. 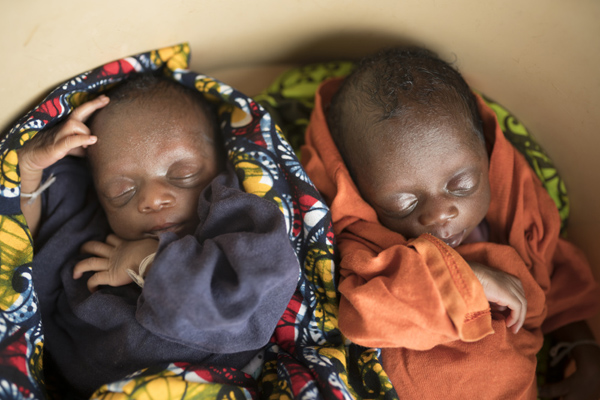 Hope  – 10-day-old twins Jenebar (blue top) and Sarah (orange top) in the village of Sawula, in the Pujehun district of Sierra Leone.