Canon Will Murphy retires as Director of Ordinands 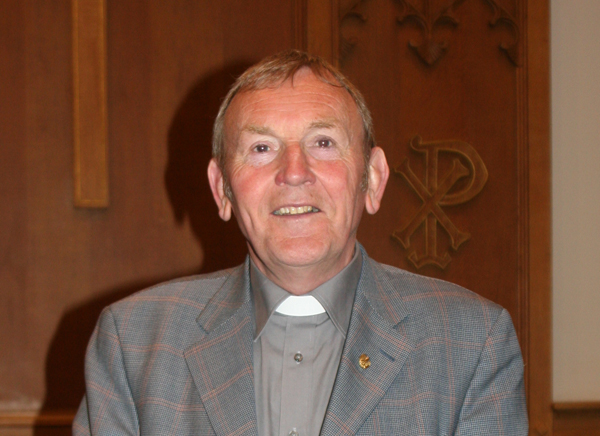 The Rev Canon Will Murphy is retiring as Connor Director of Ordinands after 27 years in the role.

The Rev Canon Will Murphy is to retire as Connor Diocesan Director of Ordinands, a post he has held for the past 27 years.

Canon Murphy will step down on April 30. He will be succeeded by the Rev Canon Kevin Graham, rector of St Bartholomew’s, Stranmillis, and currently Connor Warden of Readers.

Ordained in Lisburn Cathedral in 1973, Canon Murphy was curate at Lisburn Cathedral for six years before doing a Chaplaincy Diploma in Deaf Ministry in England.  He was then appointed Superintendent of the Ulster Institute for the Deaf, a post which has evolved over the years to become Chaplain to the Church of Ireland Ministry to Deaf People

Canon Murphy continues to carry out this chaplaincy some four decades later, and can be found in the Kinghan Church in Belfast’s Botanic Avenue most Sundays conducting a service for the deaf.

Canon Murphy was also Chaplain in the Maze Prison for 19 years. He was appointed Diocesan Director of Ordinands by Bishop Samuel Poyntz, and has served in this role under Bishops Poyntz, James Moore, Alan Harper and Alan Abernethy.

“It has been an exciting 27 years under four Bishops, each one with their own particular slant on the work,” said Canon Murphy. “I have got on remarkably well with them all.

“The role of Director of Ordinands did not exist when I was going for ordination, your rector just sent you to the Bishop,” he said.

Canon Murphy will reflect further on his 27 years as Director of Ordinands in the diocese in the June issue of Connor Connections.

From May 1, anyone with questions about ordination should contact Canon Kevin Graham.