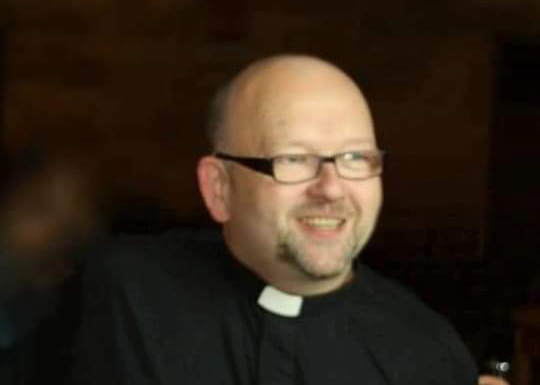 The Rev Nigel Kirkpatrick, rector of St Dorothea’s Parish, Gilnahirk, Diocese of Down and Dromore, has been appointed rector of the Grouped Parishes of Kilroot and Templecorran, Connor Diocese.

Nigel, 50, grew up in Belleek, Co Fermanagh, and studied for a year at the Ulster University in Jordanstown. In 1988, he began working as a volunteer with the Ecumenical Youth Council in Europe, which was moving its base to Belfast. The council organised and facilitated international ecumenical youth conferences and workshops.

One of Nigel’s first tasks was to drive a van to Budapest to collect all the Council’s files and work. At the time the ‘Iron Curtain’ was still in place. “My friend and I had the chance to watch Northern Ireland play Hungary at the People’s Stadium in Budapest, and we made up one third of the Northern Ireland support at the game,” Nigel recalled.

Many of the Ecumenical Youth Council’s cross community youth exchanges were with Germany and Holland.

“When the young people from Belfast had to explain the Northern Ireland situation to foreigners it helped them see the conflict from another perspective,” Nigel said. “People found out a lot about themselves on these trips to Europe.”

Nigel was in East Berlin in November 1989 when the Berlin Wall fell, and led three young people from the east of the city through Checkpoint Charlie on their first visit to the west.

He was appointed an intern to the World Council of Churches (WCC) Youth Department. Along with a fellow intern, he was sent on a study tour of Asia, looking at the situation of Christian minorities. His trip lasted nine months and finished at the WCC Youth Convention in Canberra, Australia, in 1991.

“It was quite an experience for a 21 and a 22-year-old,” he said. “Afterwards we submitted a report on the nine countries in Asia we had visited.”

When he returned to Belfast, Nigel became a founder member of the Solas Community of Reconciliation, based on the ‘peaceline’ in north Belfast. He continued to do cross community work, before taking up a post of a hostel supervisor with the Grampian Adolescent Project, which supported young people from difficult backgrounds to live and work independently in the community.

Eighteen months later he followed the calling he had had from his student days, and went to Theological College in Dublin to train for the ministry.

In 1996 Nigel was ordained for St Columba’s, Portadown, where he was a curate for three years, before taking a second curacy with the Lecale Group which included Down Cathedral.

In 2001 Nigel was appointed rector of Killinchy and Kilmood Union of Parishes, moving to St Dorothea’s in 2007.  He was appointed a Minor Canon of Belfast Cathedral in 2014.

Speaking of his appointment, Nigel said: “When I visited the churches in Kilroot and Templecorran and saw the vision for the parish, I felt that this is the place I ought to be. I really felt the spirit move in me in that regard.

“I always considered St Dorothea’s to be the best parish in Ireland, but is just shows that when you are relaxing and things are falling into place, it is time to move on.  I may not think so, but God thinks my job here is done and the spirit of God is moving me on to use what I have for the good of the churches in Kilroot and Templecorran.”

Nigel is married to Cristina, who is originally from Romania. His hobbies are motorcycling and fishing.  “I will be overjoyed to be living so close to the Woodburn Reservoirs,” he added.

No date has yet been set for the institution in Kilroot and Templecorran.