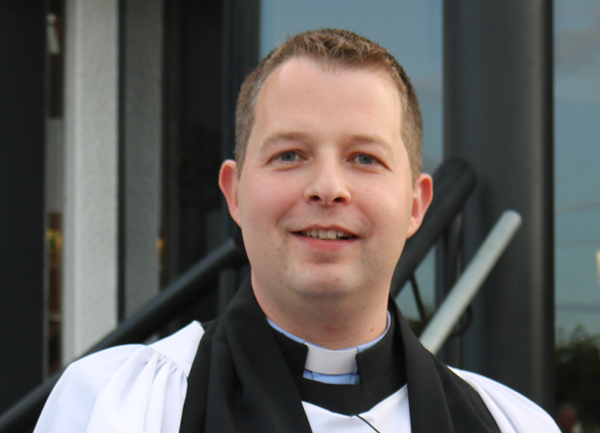 The Rev Peter Jones has been appointed Warden of Readers for Connor Diocese.

The Rev Peter Jones, rector of Mossley Parish, has been appointed Warden of Readers for Connor Diocese.

He succeeds the Rev Canon Kevin Graham who took up the role of Diocesan Director of Ordinands following the retirement of the Rev Canon Will Murphy at the end of April.

Peter is married to Kim and dad to Timothy and Hannah. He has been rector of Mossley since August 2017.

Originally from Tobermore, he read History at the University of Ulster in Coleraine. After graduating, he did a PGCE and taught history for eight years at Lisneal College in the Waterside, Londonderry. He was involved in administration and pastoral care and was a Year Head. He was also a Principal Examiner in GCSE History.

Peter trained at the Church of Ireland Theological Institute and was ordained a deacon in 2013. He served an internship in Maghera Parish and after being ordained a priest in 2014 he was curate assistant in Drumglass, until his move to Mossley in August 2017.

Peter said he was looking forward to taking up the role of Warden of Readers.

“It is a privilege for me to take on this new role,” he said. “I look forward to being able to journey alongside our existing Readers, while also encouraging more people to explore Reader Ministry in the diocese.”