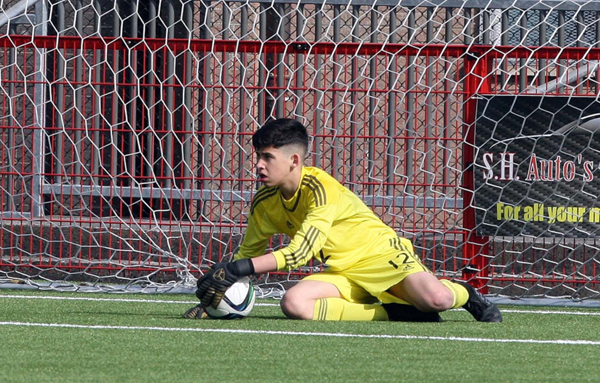 Talented Dylan Braik is well on his way to achieving his dream of becoming a professional footballer after his selection for the Northern Ireland U14 Club Squad.

Dylan, a parishioner of St Simon’s, Belfast, lined up for Northern Ireland against a USA Olympic Development Squad on April 13 at Inver Park Stadium, Larne. 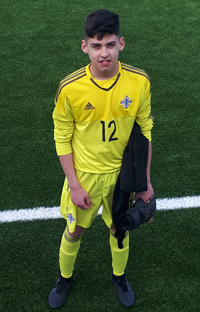 A pupil at Methodist College, Belfast, Dylan has been playing in various teams for about eight years, and is currently goalkeeper for the U14 Glenavon FC Academy team. He is also part of Club NI which is a Northern Ireland IFA Elite Programme.

Reflecting on his first international match, Dylan said: “It was a one-nil victory for Club NI against the USA Olympic Development Squad. It was played at Inver Park, and was a tight game but a last minute great free kick won us the match.

“It feels great to play at such a high level. I felt very proud playing in the Northern Ireland kit,” Dylan added.

“My biggest ambition is to play full time senior football and to keep working hard and enjoy playing!”