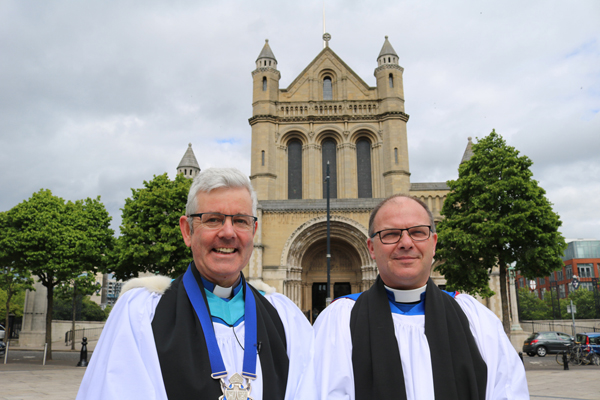 The Rev Kevin Graham, rector of St Bartholomew’s, Stranmillis, was installed as a Canon of the Chapter of St Anne’s Cathedral, Belfast, at Choral Evensong on Sunday May 26.

Kevin, who was recently appointed Connor Diocesan Director of Ordinands, has been rector of Stranmillis since October 2013, and is Rural Dean for South Belfast and a former Connor Warden of Readers. 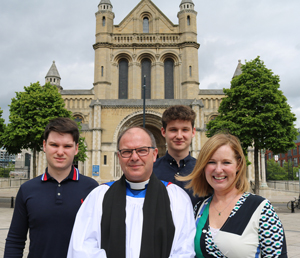 The Rev Canon Kevin Graham with his wife Cheryl and sons Luke and Jamie on the day of his installation to the Chapter of St Anne’s Cathedral, Belfast.

Kevin is married to Cheryl and has two sons, Luke and Jamie.

He was ordained deacon in 2002 to serve in St Columba’s Knock, and became rector of Carrowdore and Millisle in 2005.

He moved to Movilla Abbey in 2009 and was appointed rector of St Bartholomew’s in 2013.

The Dean of Belfast, the Very Rev Stephen Forde, said: “A chapter canon is elected from among his or her peers to take their place in the life of St Anne’s Cathedral.

“Kevin will bring many gifts and skills to the Cathedral, and I look forward to working closely with him across a range of ministries, from the formal occasions of special Cathedral services, to standing on the steps of the Cathedral in December for the Black Santa Sit-out.” 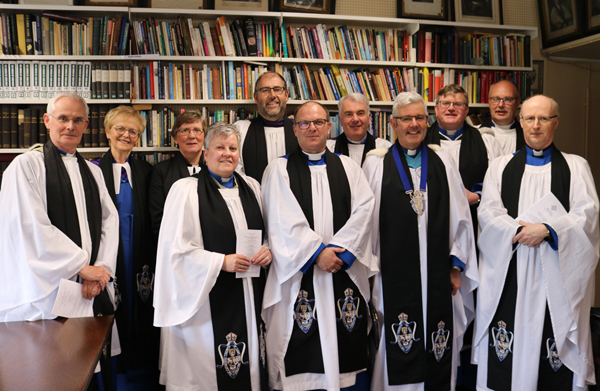 The Dean and Canons of the Chapter of St Anne’s Cathedral, Belfast, who attended the installation of the Rev Canon Kevin Graham.

Kevin said he was extremely humbled and honoured to be chosen by his peers to be a Chapter Canon of St Anne’s, adding that he was looking forward to being part of the Cathedral community and supporting the Dean in his mission in the City.

At the service, the new Canon was presented by the Ven George Davison, Archdeacon of Belfast.  The service featured the Choir of Belfast Cathedral, under Master of the Choristers David Stevens. 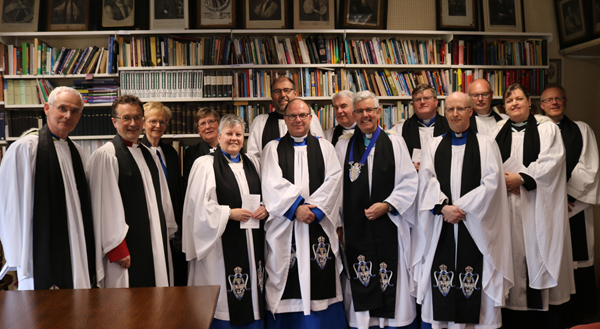 Clergy who attended the installation of the Rev Canon Kevin Graham as a Canon of Belfast Cathedral.