Institution of new rector of Templepatrick and Donegore 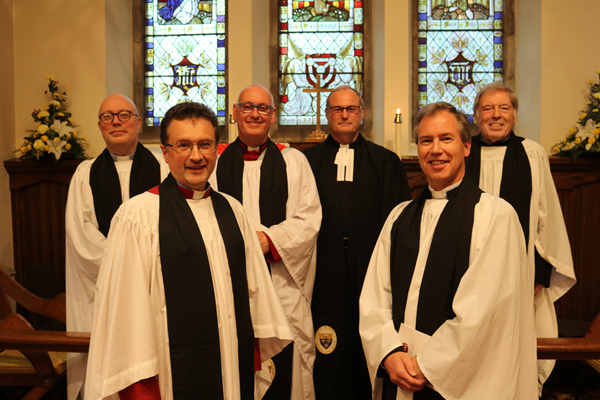 There was a large congregation at St Patrick’s Parish Church, Templepatrick, for the institution of the Rev Jeremy Mould as rector of the United Parish of Templepatrick and Donegore on Thursday May 30.

Jeremy, formerly curate of Belvoir Parish, Belfast, in the Diocese of Down and Dromore, was instituted rector by Bishop’s Commissary, the Ven Paul Dundas, Archdeacon of Dalriada. 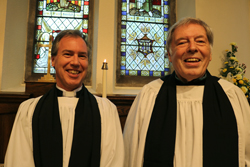 The Rev Jeremy Mould and the Rev Canon Tom Keightley, preacher at the institution service.

Preacher at the service was the Rev Canon Tom Keightley, a former rector of Belvoir Parish.

Jeremy, 56, is married to the Rev Jacqueline, with whom he has job shared the curacy in Belvoir for the last 16 years, and they have three sons, Jonathan, Andrew and Matthew, and two grandchildren.

Jeremy spent his first five years in Africa – his father was a Colonial Officer in Sierra Leone – before returning to High Wycombe in England. He studied History at Nottingham University. He first came to Northern Ireland to work as a volunteer with the Presbyterian Church’s Careforce (1985-1986) and moved to the Church of Ireland Youth Office from 1986-88 where he organised the first International Conference of Young Anglicans which took place in Belfast in 1988. 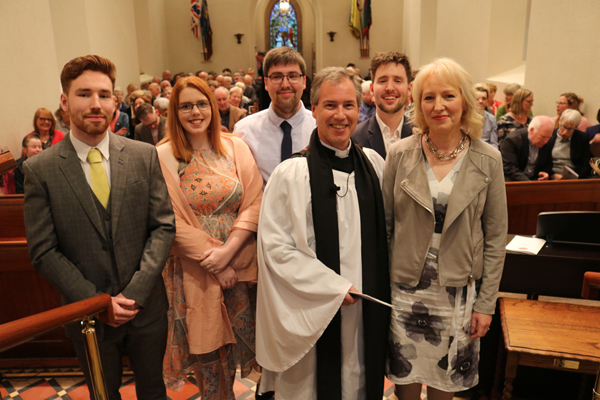 The Rev Jeremy Mould with his wife, the Rev Jacqueline, sons Jonny, Matthew and Andrew, and daughter-in-law Gemma.

Jeremy attended Church of Ireland Theological College in Dublin from 1988-91, and was ordained a curate for Mossley Parish, Connor Diocese, in 1981.

He later served curacies in St Columba’s, Drumragh, Omagh (1994-96); and moved to the Diocese of Salisbury, England, from 1996-2000, where he was team curate in the Parish of St Andrew’s, Kinson, Bournemouth.

Jeremy returned to Northern Ireland in 2000, first to co-lead Dungannon Community Church until 2003, and then to do a PGCE in Religious Education and History at Queen’s University in Belfast.

From 2004-2005 he worked as an EOTAS Tutor for the SEELB, teaching entry level Maths, English and ICT to 12 excluded Year 12 pupils based in Lisburn College of FE.

The following year he was a Volunteer Youth Worker at both Belvoir Parish and Omagh Community Church Drop-In Centre, before his appointment as job share curate in Belvoir Parish with his wife.

Following Thursday evening’s service of Institution, the congregation joined their new rector for refreshments at the nearby Dunadry Hotel. 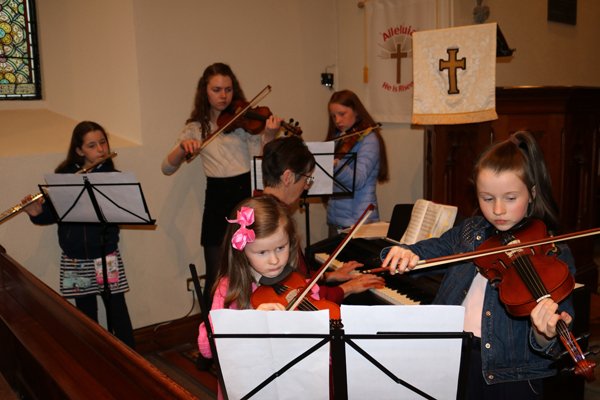 Young musicians at the service of institution of the Rev Jeremy Mould in Templepatrick and Donegore.