New Editor of Gazette a familiar face in Connor 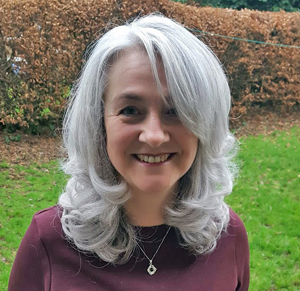 Connor DCO Karen Bushby has been appointed to the role of Editor of the Church of Ireland Gazette. She will continue as DCO as both roles are part-time.

As this is a part-time position, Karen will continue as DCO for the Diocese of Connor, a role she has occupied for 13 years.

Karen will be the first female Editor in the Gazette’s history.  She has a degree in English and History from Loughborough University, and holds professional qualifications from the National Council for the Training of Journalists.

She has worked in newspapers in Banbridge, Greater London, Omagh, Armagh and Dungannon. In 2002, she moved into freelance public relations, and she was Northern Ireland Co-ordinator of the National Lottery’s 10th anniversary in 2004-2005.

Karen, who is an Elder in Banbridge Non-Subscribing Presbyterian Church, was appointed Connor DCO in 2006, and was also part-time Press Officer for Belfast Cathedral for five years.  She is married to Matthew and has three children.

Karen said: “I am passionate about news and telling stories that will challenge, entertain and inspire the reader.

“The Church of Ireland is bursting with people and parishes doing fantastic work, and with the support of diocesan communications officers and other contributors, I want to share those stories, while also maintaining thought provoking features which have made the Gazette so popular over many decades.

“I appeal for your prayerful support as I take on this new role.”

Welcoming the appointment, Adrian Clements, Chair of the Board of Church of Ireland Press Ltd., said: “We are delighted to welcome Karen as the new Editor of the Gazette. We are sure that she has the qualities and background needed to continue the development of the new look monthly magazine, ensuring that it will be an essential medium for supporting the mission of the Anglican Church in Ireland.”