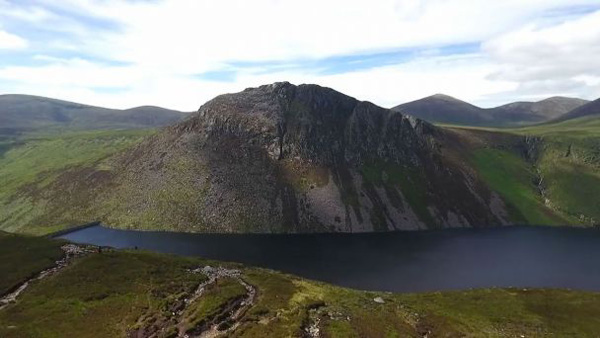 A hardy team of hikers from St Patrick’s, Coleraine, and St Patrick’s, Ballymena, spent the weekend walking 18 miles over seven peaks in the Mourne Mountains.

Each mountain was more than 700 metres high, and the hike, which began on Saturday morning, June 22, was expected to take up to 15 hours to complete.

They travelled to Meelmore Lodge Hostel on the edge of the Mournes on the Friday evening, and the Seven Sevens challenge began in earnest at Donard Park, Newcastle, at 7am the following morning.

The team was raising funds, for the third consecutive year, for the Alzheimers Society, and all members have been in training since January

James said: “St Patrick’s Parish has recently conducted an Alzheimers friendly service on an afternoon. This allows people with dementia to come and express their faith in a comfortable place without having to worry about what others might think.”

We hope to catch up with James and the hikers and find out how the Seven Sevens went – once they get their breath back!