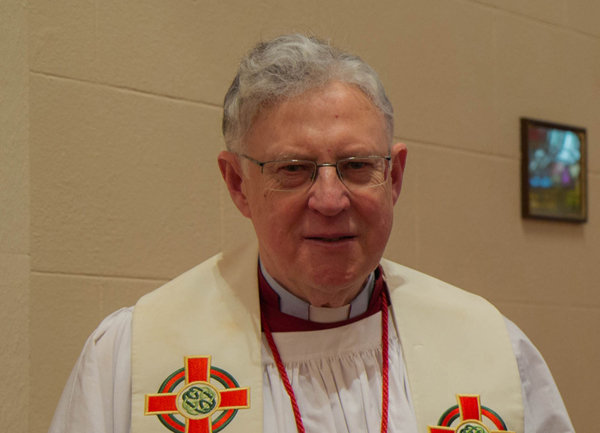 Dean Bond retired on January 31  2016 after almost 17 years as rector of the Parish of Skerry, Rathcavan & Newtowncrommelin (Broughshane).

Ordained in 1967 for the curacy of St Paul, Lisburn, Dean Bond served as curate of Finaghy – St Polycarp’s, from 1970-1977. He became rector of the Parish of Ballynure & Ballyeaston (Ballyclare) prior to his appointment to the Parish of Skerry, Rathcavan & Newtowncrommelin. He was appointed Dean of Connor in 2001.

Welcoming Dean Bond as Diocesan Curate at Connor Synod on June 13, Bishop’s Commissary, Archdeacon George Davison, said: “We recognise how big a task it is and it needs someone with the depth of knowledge of the diocese and parishes to take this on.”

The role of the Diocesan Curate is to ensure Connor parishes have cover during vacancies, holidays and sickness. Canon Ruddock occupied the role for 20 years.