Menu
Home > Featured on homepage > Can you help solve a wartime mystery?

Can you help solve a wartime mystery? 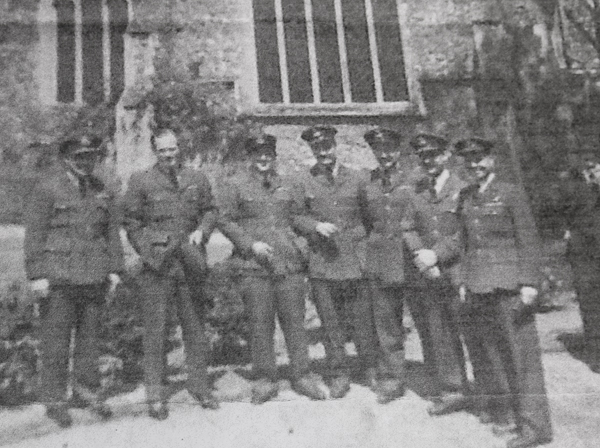 Digger, second from left, and his RAAF colleagues, at his wedding. Do you recognise those church windows?

We are seeking your help in identifying a church, probably – but not definitely – in Connor Diocese, where two wartime sweethearts tied the knot.

The groom at the wedding was an officer with the Royal Australian Air Force. His name is not known, but he was affectionately called Digger by his friends, and that is how Sue Croll (nee Macve) knew him when she was a child growing up in Greenisland in the early 1940s.

Sue’s father worked for the Northern Ireland Rail and Transport Board, and was involved in transporting the armed forces. Although she was just a small child, she remembers how the family home was a welcoming place for troops from American, Canada and Australia.

Digger was one of these visitors, and Sue said she and her older brother were ‘devoted’ to him. 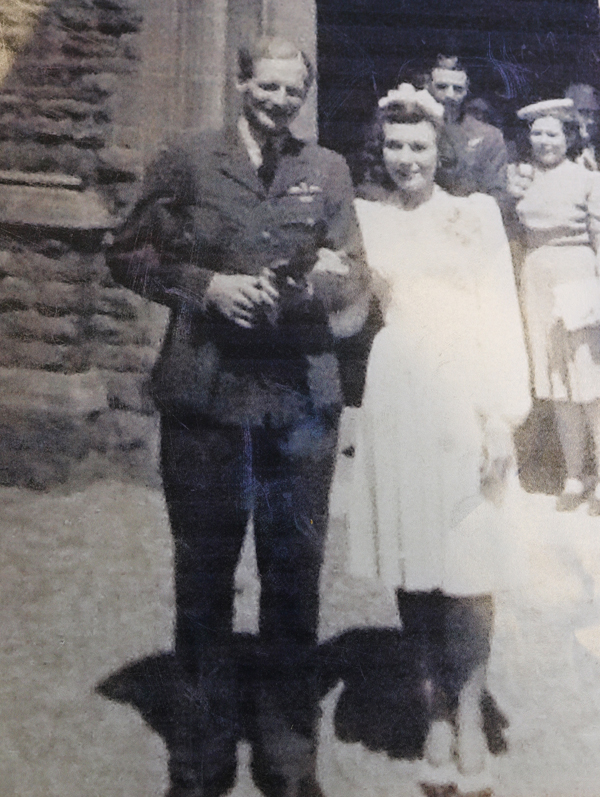 Digger and his bride on their wedding day. We would love to hear from you if you recognise the church or anyone in the picture.

While Digger was in Northern Ireland he married a local girl, and Sue’s dad took photographs on the day.  We understand the marriage was short-lived, as Digger, a pilot who had earned the Distinguished Flying Cross, was sadly shot down during the war.

Sue, who moved back to England in 1947, has recently found Digger’s wedding photographs among old family shots, and the 82-year-old is keen to return them to his family, or the family of his bride.

As the full names of neither bride nor groom are known, the key to solving the mystery could lie in identifying the church where the wedding took place. 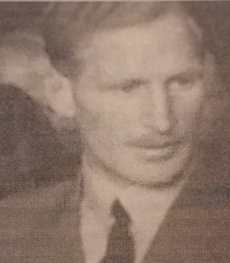 A local gentleman, who prefers to remain anonymous himself, has become immersed in this puzzle, and is ready to search for and through parish wedding registers from the war period to try and find the entry about Digger and his bride – if a church can be pinpointed.

If anyone thinks they know which church this might be, or indeed recognises the bride or the couple standing behind her in the church doorway, please get in touch. Just email dco@connordiocese.org and we will pass the information on. Thank you.