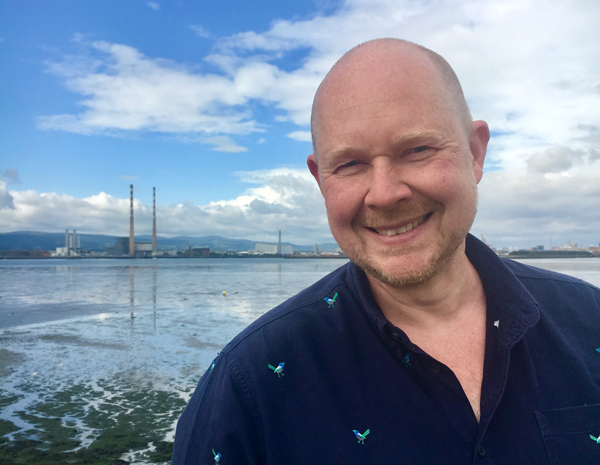 After four years as curate-assistant at St Nicholas’ Parish Church in Carrickfergus, the Rev Cameron Jones has accepted an invitation to work with Irish Church Missions (ICM) in Dublin.

ICM is a Church of Ireland mission agency wanting to pioneer new and strengthen older churches throughout Ireland and currently, specifically, in Dublin.

“I’m excited about having the opportunity to be involved in both where these arise,” Cameron said. “It is a very different role from a rector of a parish church, to which most curates proceed.  One significant difference is that (with ICM’s help), we need to raise our own funding for stipend and ministry expenses and to buy our own house. My wife Alex and I will be moving to Dublin once accommodation is secured.  We will be accompanied by Sullivan, our dog and chief friend-maker!”

In Dublin, Cameron will be helping ICM by bringing the gospel to the growing number of people working in the ‘Silicon Docklands’ of Dublin City, with the aim of evangelising a new church into existence.

Cameron was born in Sydney, Australia. He attended Sydney Church of England Grammar School (Shore) and then studied at the University of Sydney, receiving a BA in Studies of Religion, Sociology and Education and then a Diploma of Biblical Studies at Moore Theological College.

In October 2005 he was employed by a Church of England parish in Hampshire as assistant minister, and in 2008 began serving as Lay Curate at All Saints’, Belfast, with responsibility for discipleship and evangelism – including oversight of student and international student outreach, before training for ordination.

Cameron said there was a historic connection between ICM and his home town of Sydney.  “In 1936, a former director of ICM was invited to be principal of Moore Theological College.  From this position he had a significant impact on the diocese, with a focus on theological education and spiritual maturity of lay people as well as clergy. This focus remains strong in Sydney to this day,” Cameron said.