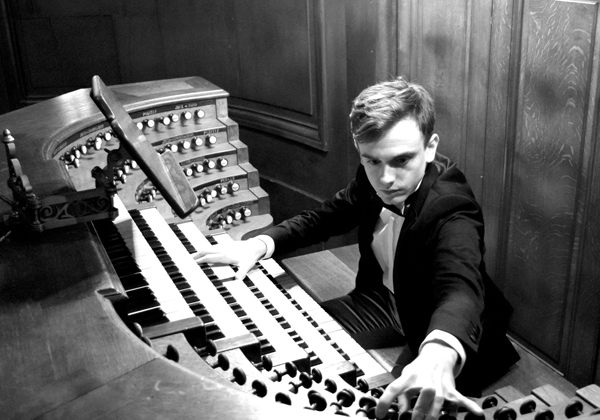 Thomas is organist of Saint-Eustache in Paris, which has the largest organ in France, and he is well known throughout Europe as a recitalist.

The workshop in Belfast Cathedral begins at 7:30pm, and will be followed by refreshments and a chance to meet Thomas.

Three young organists will play in the workshop

The young organists will play Improvisations and French music and will receive guidance from the distinguished young visitor.

The following day Thomas will give a recital in the Ulster Hall. 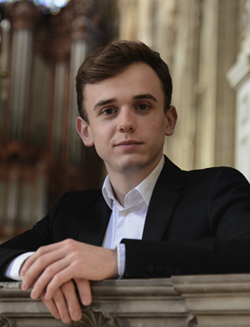 Thomas Ospital studied first at the Conservatoire Maurice Ravel in Bayonne near his home in south west France. Later at the Paris Conservatoire he won First Prizes in organ, harmony, counterpoint, fugue and improvisation.

He was won many national and international organ competitions and is now regarded as one of the world’s leading concert organists.

A few years ago, at the age of just 25, he was appointed Titular Organist of Saint-Eustache in Paris which has the largest organ in France. Recently he became the first Organist in Residence at the concert hall of Radio France. He has given recitals all over Europe and in Russia and the USA – and in Stockholm on the night before his visit to Belfast!

Thomas played organ works and undertook two large scale Improvisations for members of USOC in Saint-Eustache when they visited Paris during their centenary year, 2018.

Thomas is particularly noted for his skill in improvisation at the organ. This will be a feature of his workshop in Belfast Cathedral, and a large French Improvisation will be the centre-piece of a rRecital at the Ulster Hall the following day, Sunday September 15 at 4pm.

At this recital, Thomas will be playing works by César Franck, Louis Vierne, Charles-Marie Widor, Duruflé and Fauré and his recital will include a large scale Improvisation on a Submitted Theme.

He will discuss the music with Prof Desmond Hunter at the beginning of the Recital.