Institution of new rector in Derriaghy 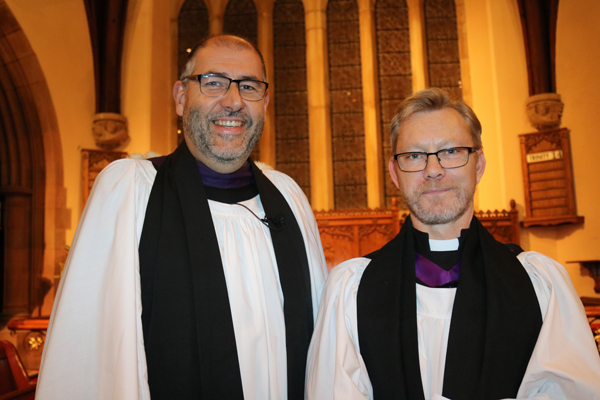 Bishop of Connor’s Commissary, the Ven George Davison, with the Rev Aanon McAlister, at Aaron’s institution in Christ Church, Derraighy, on September 26.

The Rev Aaron McAlister was instituted rector of Derriaghy at a service in Christ Church Parish Church on Thursday September 26.

The former curate of Antrim Parish was instituted by the Bishop of Connor’s Commissary, Archdeacon George Davison. The preacher was the Ven Dr Stephen McBride, Archdeacon of Connor.

Aaron is married to Melanie and they have two children, Jacob and Ellie. He worked for 20 years in the DVA in Motor Taxation, and was commissioned as a Diocesan Lay Reader in December 2007. 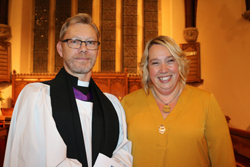 The Rev Aaron McAlister and his wife Melanie.

He gained a professional certificate in ministry in 2012 from the University of Chester before completing two years of training at Theological College in Dublin. Aaron was ordained a deacon in 2015.

Aaron also did a one month placement with Bishop Justin Badi Arama, Diocese of Maridi, South Sudan.  He worked for a year with the united parishes of Billy and Derrykeighan with the Rev John Anderson (incumbent) as a year out from Theological College.

His third year intern placement was as deacon at Holy Trinity, Portrush (Ballywillan). 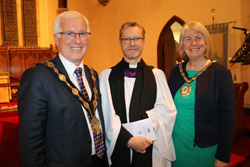 The Mayor of Lisburn and Castlereagh, Councillor Alan Givan, and his wife Elizabeth attended the institution of the Rev Aaron McAllister in Derriaghy.

Following ordination, Aaron served as curate assistant in All Saints’ Parish Church, Antrim, with Archeadon McBride. “I’ve learned a great deal from Archdeacon McBride, and he has supported me in all my endeavours in my time in Antrim.  I will miss working with him,” Aaron said.

He said he was looking forward ‘with excitement and anticipation’ to the next chapter as rector of Christ Church, Derriaghy, and St Andrew’s, Colin, and to discovering how he is to serve God and the parish. 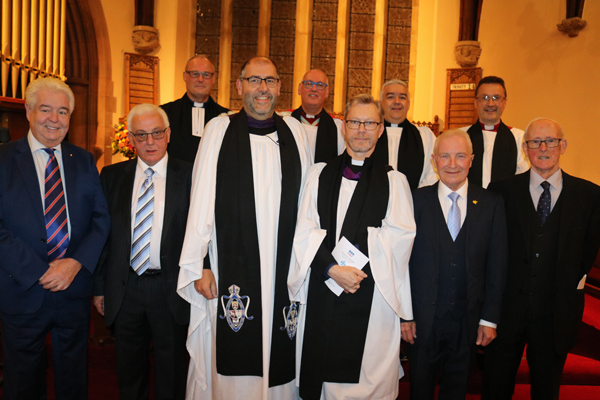