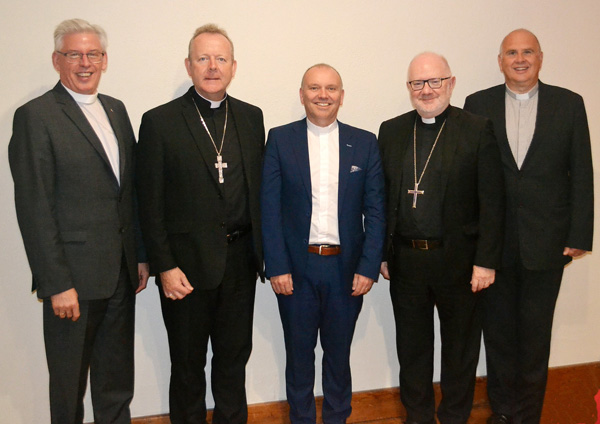 The leaders of Ireland’s main Churches have expressed their grave concern at the prospect of an almost unregulated abortion regime being imposed on Northern Ireland from Westminster.

In a joint statement released today (September 30), the leaders of the Church of Ireland, Methodist Church in Ireland, Roman Catholic Church, Presbyterian Church in Ireland, and the Irish Council of Churches are calling their members and congregations to pray, call for change, and to lobby their locally elected representatives.

The Church Leaders said: “There is no evidence that these changes reflect the will of the people affected by them, as they were not consulted. They go far beyond the ‘hard cases’ some have been talking about.

“We are, along with others, gravely concerned that the imposition of this Westminster legislation:

“We will, therefore, be encouraging all of our members, congregations and parishes to do three things.

“Firstly, to take time to specifically pray over the weekend of Saturday 12 and Sunday 13 October – joining with many others throughout Northern Ireland, and further afield, praying both for the protection of the unborn in our society and also for women facing difficult and challenging pregnancies along with their families.

“We are also inviting all of our members to consider signing the online petition which Baroness O’Loan has recently launched via Change.org (http://chng.it/jkFMmSZB9n). We recognise that time is short, but that if our devolved institutions are re–established before 21 October, this Westminster–based legislation will not be imposed on Northern Ireland.

“Our Northern Ireland political parties have it in their own hands to do something about this. They all need to take risks and make the compromises necessary to find an accommodation that will restore the devolved institutions.

“We are calling on the Secretary of State to recall the Assembly before 21 October to provide an opportunity for the parties to take the necessary steps both to prevent these laws coming onto effect and to find a better Northern Ireland solution for these challenging issues.

“Finally, we hope to meet with the Secretary of State to discuss with him our concerns, concerns that we share with a significant number of our fellow citizens of all faiths and none. We will be asking all of our members to encourage their local elected representatives to take the steps necessary before 21 October, for the sake of those who have no voice in this debate.”

The Rev Sam McGuffin
President of the Methodist Church in Ireland

The Rev Brian Anderson
President of the Irish Council of Churches