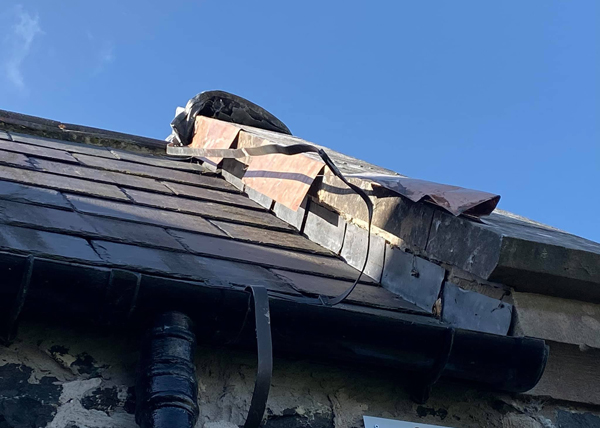 The lead was ripped off the roof of the historic church during the attack on October 10.

Significant damage was caused to St Patrick’s Church, Cairncastle, when lead thieves targeted the historic building for the second time in five months.

This attack, overnight on October 10, was more serious than the attack last May, and has left the church, built in 1815, with a hefty bill for both repair and for further security measures. 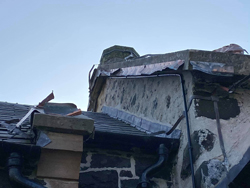 The incident was captured by CCTV cameras, installed by the parish after the May attack.  Curate-in-Charge, the Rev Philip Benson, said the group of three people had used ‘a bit of a ladder,’ but seem to have been quite adept at climbing drainpipes.

As lead is currently valuable when sold for scrap metal, Philip urged vigilance at other churches, but admitted that as the crime was carried out under cover of night, preventing such an attack is difficult.

“They targeted the back of the church – the section that can be seen from the road and houses was left untouched,” Philip said. “They had the place well cased. But we have good images from the CCTV that we installed after the last attack in May.

“This time they have done twice the damage, but the PSNI were here for two hours on Friday morning. They were very thorough, and are taking this very seriously. They canvassed the area, took away the CCTV recordings, and did forensic tests.” 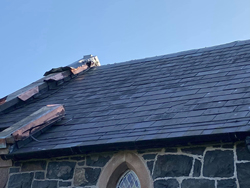 The incident was discovered by a parishioner driving to work early on Friday morning. The parish is still waiting for a quote from contractors to repair the damage and replace the lead, and is also investigating alternatives to lead, but these may prove more expensive. Philip is keen that further preventative / security measures be put in place to stop this happening again.

He said Friday had been a ‘very difficult day,’ but that he had received requests from people wanting to donate money to help with the repairs, which he estimates will run to thousands of pounds.

“As this is the second attack in just five months, it is even harder to take,” he said. “St Patrick’s is a very welcoming church, and this has been very upsetting not just for the parish, but for the community. The church is set in a community graveyard, and the thieves trampled all over it, which is sad.

“We are praying that those responsible will see the error of their ways. It is only lead. The Church is the people, and in Cairncastle there is a good community spirit which is helping.”

Philip has set up a fundraising page with a £5,000 target. All donations will go to the St Patrick’s Church Restoration Fund.

Anyone with information about the theft and vandalism is asked to contact police on 101 quoting incident reference number 261 of 11/10/19. 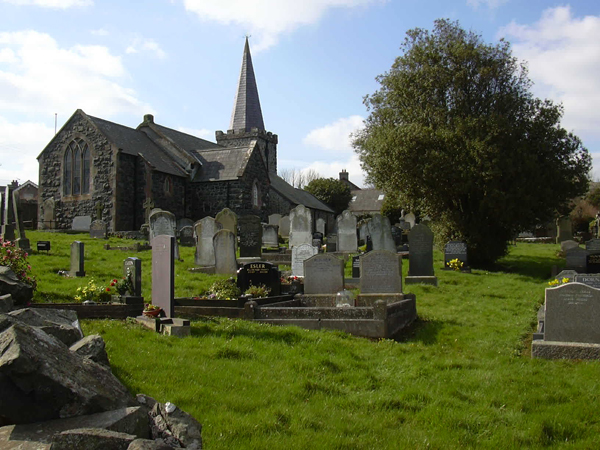 The thieves trampled through the community graveyard which surrounds St Patrick’s Church.