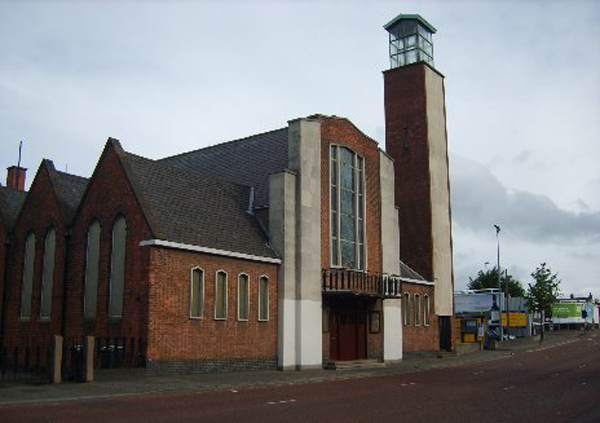 St Stephen’s Parish Church, Millfield, will celebrate its 150th anniversary on the weekend of October 25-27.

There will be a dinner in the church for parishioners and invited guests, including former rectors, on Friday 25.

Archdeacon Paul Dundas, the Bishop of Connor’s Commissary, will be the preacher at a special anniversary service on Sunday 27 at 3pm.

St Stephen’s has an interesting history. Designed by Sir Thomas Drew, architect of St Anne’s Cathedral, Belfast, it survived the Belfast Blitz in 1943 when much of the area around it was demolished, and has undergone significant renovation and restoration over the years.

The church is in the parish of St Stephen and St Luke, and is part of the Church of Ireland Lower Shankill grouping, under the Rev Canon James Carson.

The parish has recently completed the first two phases of a major refurbishment programme with the provision of a new car park (in which spaces will be rented out), and the internal re-ordering and decoration of the church, including a new coffee dock and seating area, provision of meeting rooms, a kitchen, accessible toilet, chairs and carpeting.

In partnership with the Hub Chaplaincy in Elmwood Avenue, a vibrant ministry to students from the Belfast Metropolitan College Millfield Campus and the new Queen’s University Student Accommodation across the street from St Stephen’s is taking place.

Lunch is provided for students on Tuesdays, there is a new late night service on Sunday evenings, and a monthly fun night is attracting both local and international students.

Parish Development Officer Heather Carson said: “This is a very exciting ministry which is evolving at a time when more than 10,000 will soon be living within the city centre.

“St Stephen’s is strategically placed to minister to students, and the congregation is delighted to see the church used for such greatly needed and valuable ministry.”

Sir Thomas Drew was Dublin based, but was born in Belfast. He was an apprentice to Charles Lanyon, and in 1865 was appointed architect to the united Down, Connor and Dromore Diocese. According to the Dictionary of Irish Architect’s list of his completed works, St Stephen’s was the first new church building Drew completed as diocesan architect.

The Irish Builder records that St Stephen’s foundation stone was laid on May 8 1868. The church was consecrated on October 28 1869, and was first included in the Annual Revisions in that year which valued the structure, and the rear single-storey schoolhouse (now the church hall), at £250.

When originally completed, the church possessed a campanile tower on the north-west side of the building located to the north of its rounded apse; the tower was removed in the 1960s when the church was extensively renovated. The Belfast revaluation noted that St Stephen’s Church was increased in value in 1900; at that time the building was owned by the church trustees. The revaluation also noted that the current single-storey schoolhouse to the rear of the building was installed with gas fittings and was individually valued at £55, the valuer stating that the schoolhouse was also used by the congregation for concerts and as a venue for lectures.

Remarkably the church survived the Blitz of Belfast in 1941, when much of Millfield Street was demolished. Minor damage to the building was repaired and by the end of a revaluation in 1972, the value of the site had been increased to £632, the increase partially due to the refronting of the building in 1963.

CEB Brett (‘Buildings of Belfast: 1700-1914’ Belfast: Friar’s Bush Press, 1985) states that due to his ‘exuberant personality,’ Sir Thomas Drew may not have been ‘an entirely suitable person to embark on a programme of cheap churches’ for the diocese.  He described the interior of the church as ‘fussy and cavernous,’ not the best example of Drew’s preference for ‘robust and virile’ Gothic design.

The Gothic design of the church was irrevocably altered when, due to the widening of the road in 1963, the original facade was removed and replaced with the current redbrick and limestone replacement.

It was at this time that the original campanile tower was removed and the replacement (also of redbrick and limestone) added to the new façade; the work was carried out to designs by E Seaton of Messers W & M. Given, Coleraine.

Neither Brett nor M Patton (‘Central Belfast: An historical gazetteer’ Belfast: Ulster Architectural Heritage Society, 1993) admired the alteration, Patton remarking that the church had been ‘decapitated … with its former entrance replaced by a boxy new front and fire station-like campanile with a glass box at its tip containing a neon cross; Brett merely noted his disapproval of a ‘totally inappropriate refronting.’

Despite the alteration to the exterior facade and tower, Patton noted the significance of the interior of the church and recorded that St Stephen’s contains ‘the finest collection in the province of stained glass by Daniel Braniff.’

St Stephen’s Parish was joined with St Luke’s in 1980, and St Stephen’s was listed in 1992. In 2006 the church became the sole Anglican Church in the parish after the closure of St Luke’s.