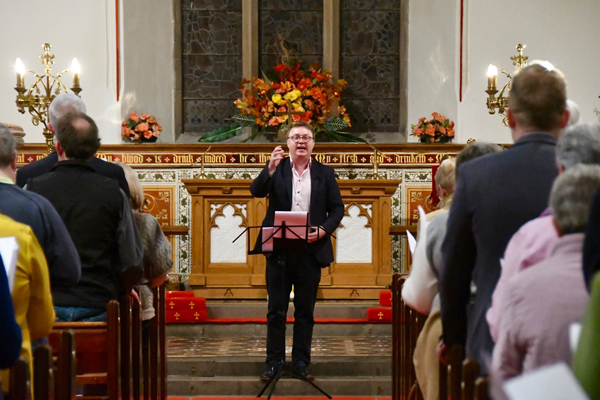 A special ‘Songs of Praise’ evening was held in St Cedma’s Parish Church, Larne, on November 2 organised by the Rev Dr Ian Mills, Curate of St Cedma’s, and Patricia McKinley-Hutchinson.

Favourite hymns were selected and conducted by Richard Yarr, presenter of BBC Radio Ulster’s ‘Sounds Sacred,’ who provided an insight into the writing of the words and music of each hymn.

Accompanied by a brass ensemble and organ played by Ian, who is also the current President of the Ulster Society of Organists and Choirmasters, a large congregation, drawn from around the Larne area, had a wonderful evening singing hymns in this beautiful church.

Patricia said: “Ian had obtained special musical arrangements for each hymn, and the result was a truly heavenly sound as the combination of brass with organ and excellent congregational singing echoed what Rev Ian had forecast – that the singing of hymns is the lifeblood of the church’s worship across many of our traditions and that the congregation would be uplifted.” 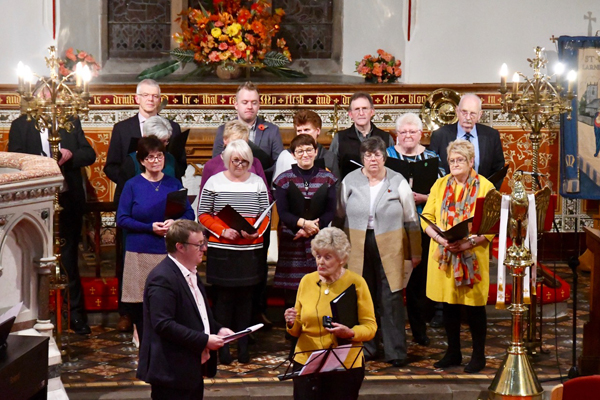 Patricia McKinley-Hutchinson is interviewed by Richard Yarr about the late Archy McNeill, with the St Cedma’s Singers in the background. Photo by Steven Williamson.

As part of the evening, Richard Yarr conducted a short interview with Patricia about Archy McNeill, the well-loved Larne musician who died in June 2019, and in whose memory this ‘Songs of Praise’ evening came about.

In addition to inspiring many young musicians through his teaching at Larne High School, Archy had been organist and choirmaster in St Cedma’s. Along with the previous rector of St Cedma’s, Dean Stephen Forde, he had formed the St Cedma’s Singers.

The Singers then sang ‘I watch the Sunrise’ as a tribute to Archy’s memory.

The rector, the Rev David Lockhart, expressed the thanks to all performers for a wonderful evening of music. A retiring collection of £780 was shared between St Cedma’s Building Fund and Cancer Focus Northern Ireland, which was the chosen charity of the late Archy McNeill. 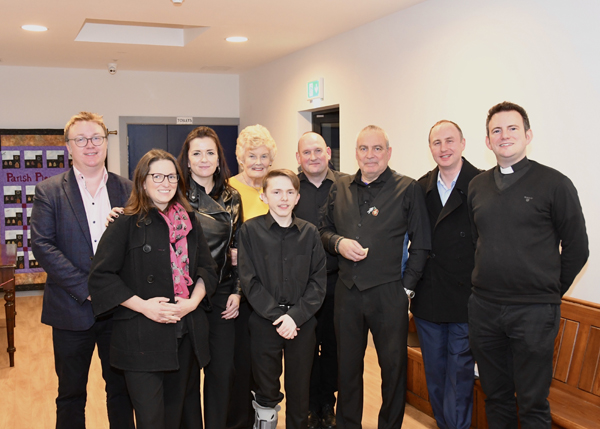