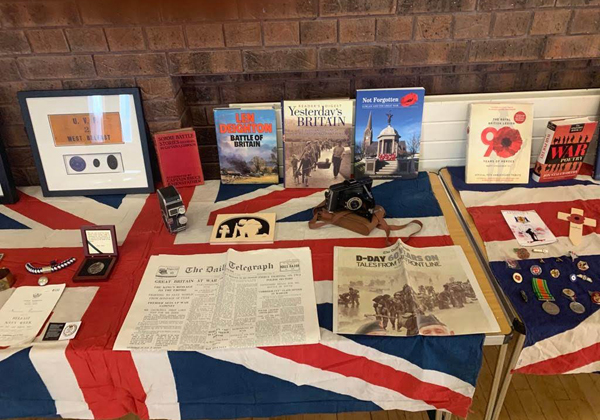 A selection of the artefacts on display in Holy Trinity Parish Woodburn on Remembrance Sunday. 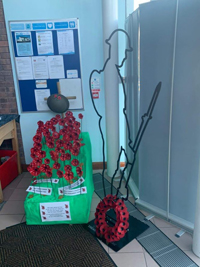 A video featuring a poignant ‘Ghost Tommy,’ filmed at several locations in the Carrickfergus area, formed part of the Act of Remembrance at Holy Trinity Parish, Woodburn, on Remembrance Sunday.

The parish also hosted a display of WW1 and WW2 artefacts and books. Among the items were a baby gas mask which had belonged to rector, the Rev Alan McCann’s, late father, as well as his great-grandfathers’ medals and death notice from the Somme, and Alan’s grandfather’s home guard medal.

There were ration books, ID cards, and a booklet from the Royal Naval Fleet which was in Belfast between June and August 1945.

Alan said: “The exhibition added to the occasion and many of the children were captivated by the artefacts and by their parents and grandparents explaining the significance of them.”

The video can be viewed on the Diocese of Connor Facebook page.