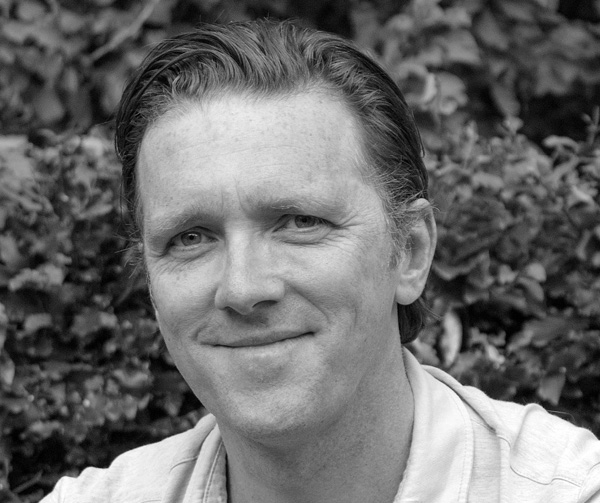 Glenn Tweedie directs and performs in the Merry Opera Company’s staging of ‘Messiah’ at St John’s. Whitehouse, on December 6.

He has played to full houses in theatres and churches around the world, and now opera singer Glenn Tweedie will tread the boards at his home parish of St John’s, Whitehouse.

Glenn, 53, son of former Connor Honorary Lay Secretary Jim Tweedie and his wife Ruth, will be performing a dramatic staging of Handel’s Messiah in St John’s on Friday December 6.

The show is presented by the Merry Opera Company, a group which Glenn has been involved in since 2011, and which performed Messiah in St Katharine’s, Belfast, and Holy Trinity Woodburn, Carrickfergus, in March and April last year.

Glenn, who hasn’t stopped singing since he first performed ‘O Holy Child’ in church at the age of eight, said this staging of Messiah by John Ramster is very different from the usual production of the oratorio. 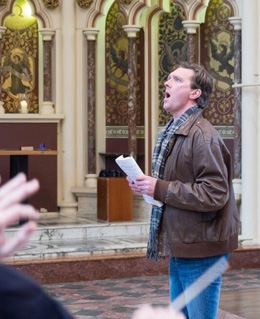 “It brings out the natural passion. There is a cast of just 12. As a performer it is very liberating. The singing is very exposed and the audience can sense the danger. This version brings out the literal text,” Glenn says.

“The music and the words are familiar, but the different characters make the text very clear indeed. People will see Messiah in a different way. Handel’s intent was to use baroque instruments and small numbers and this strips it back even further.”

Glenn grew up in Belfast, before the family moved to Whiteabbey and joined St John’s, Whitehouse. Through that first performance of ‘O Holy Child,’ he discovered a talent for and love of singing, and he made it his career. Following success in competitions, concerts and oratorio, he studied at the Royal Northern College of Music in Manchester as an undergraduate and then the Royal College of Music in London as a post graduate.

He moved to Italy and the Teatro del Maggio in Florence to sing and do further study, spent some time with the European Festival Chorus in Saltzburg, worked with the National Reis opera in the Netherlands and has toured Australia and New Zealand.

More recently, Glenn has been on tours of Denmark and Malaysia singing Opera and Operetta.

Having spent a large part of his earlier career in London, Glenn returned to live in Whiteabbey four years ago, where he now combines teaching with his own singing and performance.

Glenn will both direct and perform in the Messiah being staged in Whitehouse Parish on December 6, and at Portico in Portaferry the following evening. This is part of the Merry Opera Company’s 2019 tour, which included its 100th Messiah in London on November 24.

Tickets for the Messiah in St John’s, Whitehouse, are £15 and are available online at www.merryopera.co.uk or on the door. The performance begins at 7.30pm (doors open at 7pm).

Glenn stressed that this production is visually exciting and suitable for all ages. 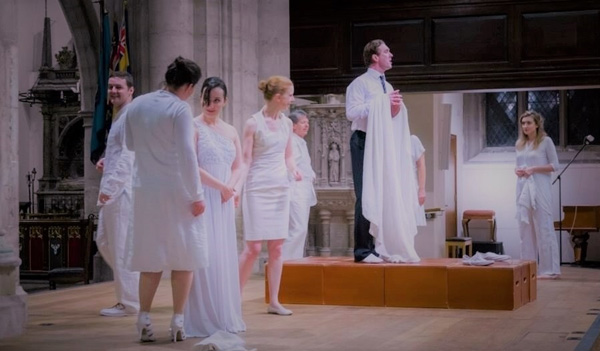 A scene from the Merry Opera Company’s ‘Messiah.’