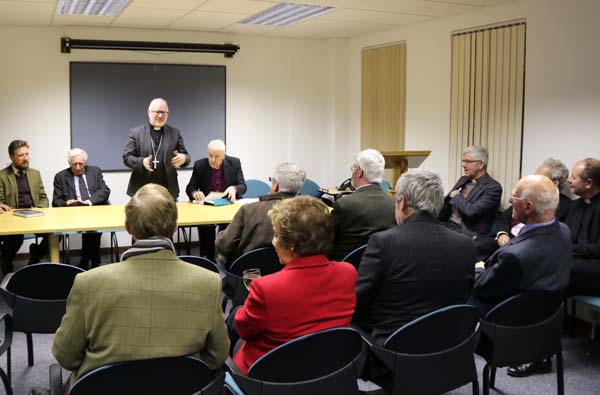 Irish Anglicanism, 1969–2019 is published by Four Courts Press and co-edited by Dr Paul Harron and Dr Kenneth Milne. It features 20 essays ranging across themes as broad as youth work, art and architecture, education, liturgy, the Irish language, and music.

The project forms part of the Church’s D150 initiative, to mark the 150th anniversary of its Disestablishment.  The Belfast event followed an initial launch in Dublin in November.

In his remarks, Archbishop Jackson reflected on a quote in Irish Anglicanism by the architect Michael Whitely – ‘Poor design will hinder the expression and development of ministry rather than encourage it’ – and applied it more widely to life in the Church and in wider society.

“Many people think we just need to turn up in church, but more is expected and more is asked of us,” the Archbishop stated. “We stand on the inheritance of tradition; we look to the dynamic of engagement; we hold custodianship of the seedlings of the future of the Church of Ireland, in whatsoever ways it will express itself next.” 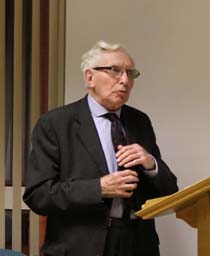 Dr Jackson welcomed the Archbishop of Canterbury Justin Welby’s descriptions of the Church of Ireland during his recent visit, as a bridge Church and a Church without borders, and drew out three ‘pictures’ of the Church from the chapters of book: reflective; reforming; and outgoing.

“I want to put on record my personal debt of gratitude to the Church of Ireland of my youth,” he added, recalling his upbringing in the Diocese of Clogher. “Initially, they were peaceful days, and then they became destructive days, and when I returned as bishop of the diocese they were once again peaceful days.”

He stated: “Glib binary divisions remain an affront to the people of Northern Ireland. People make power and money out of evil and they still do. We do not want to see a return to such violence and divisiveness again.”

Irish Anglicanism, he suggested, pointed to the ongoing work of ‘crafting and sharing with everyone an Irish Anglicanism that is confident, articulate, active … it gives an account of itself; it does things, good things for God and for others.’

Dr Milne, who serves as the Church’s Historiographer, expressed thanks to ‘the very many people who brought this book to fruition.’ Dr Milne discussed the concept of commemoration in relation to the current decade of centenaries in Irish history (1912-1922).  Commemoration has ‘frequently been a synonym for celebration,’ he said, but the Irish Government’s historical advisors were determined that events in this period would be ‘marked in a manner as sensitive and inclusive as possible’ – an approach with which the Church of Ireland’s working group on centenaries has concurred.

“Undoubtedly in past years, the teaching of history has frequently had a political purpose,” he noted, adding that this was also the case in Britain and many continental European countries.  Dr Milne continued: “Our understanding of Irish history has undergone a great change, as has our reason for studying it – a change that indeed owes much to historians in Northern Ireland.”

In conclusion, he remarked: “As those of us who studied history in TCD were frequently reminded, the Queen’s University of Belfast produced a notable and creative body of graduates who played a part in the renaissance of Irish historical learning that has its roots in the 1930s.  And so it’s a particular pleasure to be in Belfast on this occasion and, on behalf of the editors, to thank you for coming.” 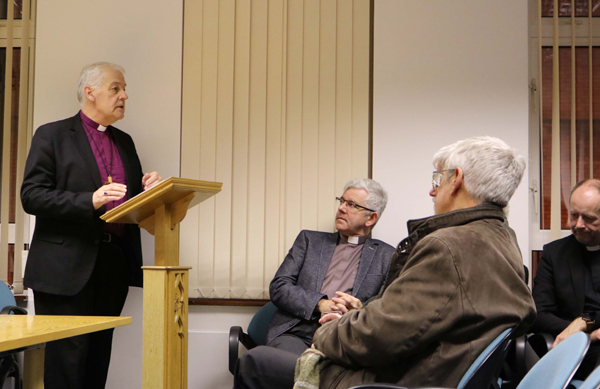