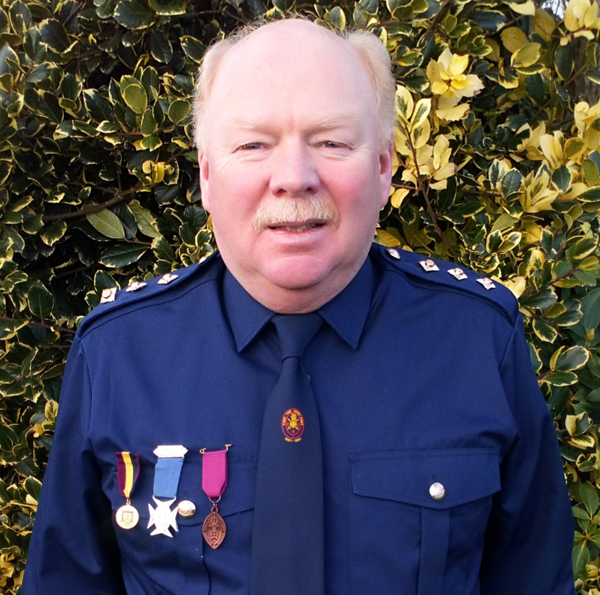 Alan has been Captain of the parish Church Lads’ and Church Girls’ Brigade (CLCGB) for 25 years and a leader for the past 40 years! He is also part-time youth worker in the parish, and is a leader in St Patrick’s youth club and Sunday School.

His award is for services to the community in Ballymena.

Alan, 58, was baptised and confirmed in St Patrick’s.  He is married to Dorothy, and they have three sons, Glen, Conor and Callum, who also help as leaders with the CLCGB.

He has worked as a postman in Ballymena for 35 years, and says the job’s shift pattern allows him to put the time into the CLCGB and his youth work.

“I joined the Church Lads’ Brigade in 1967 and have been a leader from the age of 17, and captain for 25 years,” Alan said. “You see the boys coming in when they are in primary school and continuing through secondary school and even when they go to university and start jobs. It is like being part of a big family.”

The Brigade has expanded to include girls. “Lots of the boys had sisters and they wanted to come along, so we have quite a few girls in the younger ranks,” he added.

“The young people enjoy mixing together and the fun. They also enjoy the badge work, and regional development officer Victoria Jackson has been leading a really good Bible study making it very relevant to them.”

The most challenging aspect of his work with CLCGB is getting new leaders, particularly with changing legislation. “We are constantly trying to encourage people, but find these days they often don’t have much time,” he said.

Alan is a busy man. On top of the day job, he is at the church on Friday nights for CLCGB, Saturday nights for youth club, he takes Sunday School on Sunday mornings and is also involved in youth fellowship some Sundays and other evenings.

He said he was extremely honoured and grateful to receive the BEM. “I would like to thank all those who encouraged me on this journey, as without the support of the leaders, parents and young people working together as a team, I would not have received this award,” he said.

A parish spokesperson expressed thanks to Alan for all that he does. “We are delighted that Alan has received this well-deserved award and are grateful for all the many hours he has given the young people of our parish through his role as youth worker and as our esteemed CLCGB Captain. Many congratulations Alan!” the spokesperson said.

Alan is looking forward to being presented with his Honour at Hillsborough Castle in April.