Statement on the restoration of the Northern Ireland Executive 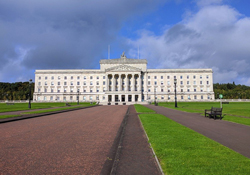 The Church of Ireland has issued the following statement on the restoration of the Northern Ireland Executive:

The Church of Ireland welcomes the recent restoration of the Northern Ireland Executive and the commitment expressed to resolve the many difficult issues affecting the community.

As MLAs resume normal business for the first time in three years, we offer them encouragement and the assurance of prayer. We support the ‘New Decade, New Approach’ agreement which, we feel, captures the hopes for a new decade. If the parties to the agreement, including the two governments, live up to its spirit, it could prove transformational.

Responsibility, accountability and a transparent way of doing business are embedded in the new agreement. People are keen to work with their political leaders to turn around the social crisis in Northern Ireland. People want lasting foundations and sustainable progress. People are ambitious in their hopes and – in the best traditions of Northern Ireland – they are generous in offering the political parties the necessary space to make good on the commitments made. But people will expect results.

In recent years, too many have experienced job loss and financial hardship, have suffered because of under-investment in public services, been frightened by the prospect of welfare ‘reform’ and frustrated by the lack of political direction. That needs to change. We welcome the fresh commitment to address the huge problems facing the health, social care and education sectors, and the determination to tackle the crisis in mental health.

Above all, it is important that the restoration of the Executive brings fresh impetus to the task of building a peaceful, just and shared society. As a body composed of people from all parts of the island of Ireland, we reflect the importance of collective responsibility – moving forward together while respecting and recognising different cultural identities. We urge all in leadership to engage with each other with civility and respect. We are committed to engaging in civic dialogue and to supporting the Executive as it recommences its work in any way we can. We continue to uphold in our prayers all those who bear the onerous responsibility of elected office.