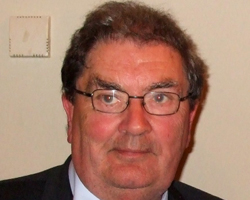 The Most Rev John McDowell, Archbishop of Armagh and Primate of All Ireland, has paid tribute to Nobel Peace Prize winner and politician John Hume, who died today (August 3).

In a statement, the Archbishop said: “Firstly, I would like to extend my heartfelt sympathies and prayers to John Hume’s wife, Pat, and to the wider family.  For many people, even looking on at a distance, Pat’s care for John, especially over the period of his last illness, was exemplary and inspiring.

“John Hume will be remembered not only as a significant politician in Ireland but also for his unambiguous dedication to making political change happen by purely peaceful means.

“Because of the manner of his approach, this required enormous patience and sympathetic understanding and those of us who are the beneficiaries of his legacy can only regret his passing while, at the same time, being thankful for his gargantuan efforts in the cause of peace and good relations.