Mervyn awarded MBE for services to the economy 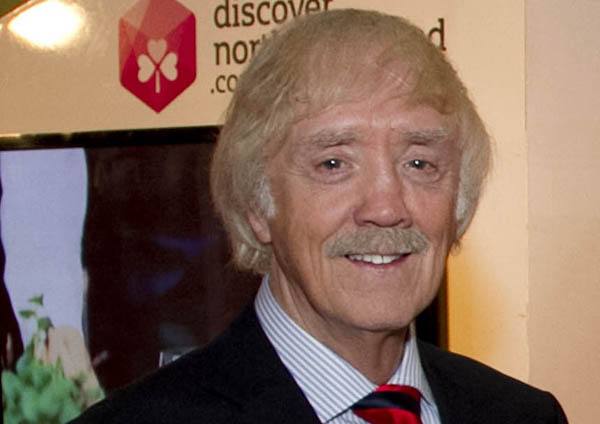 Mervyn Hempton, a parishioner of Belfast Cathedral and former Cathedral Board member, has been honoured with an MBE in the Queen’s Birthday Honours list.

Mervyn, 77, who spent much of his working life with Allied Bakeries in east Belfast, was awarded the honour for services to the economy.

Mervyn lived most of his life in Belfast and was a member of Willowfield Parish from childhood and it was here he married Doris, who hailed from Armagh. The couple moved to worship in St Anne’s Cathedral 37 years ago when their children joined the cathedral choir. They have three sons, Jason, Gavin and Michael – and two of the boys were head choristers when they were young.

Although he has now stepped down from the Cathedral Board, he served as a member under Deans Shearer, McKelvey, Mann and, most recently, the Very Rev Stephen Forde.

Mervyn began his career with the engineering firm of Hugh J Scott, based in Ravenhill Road, Belfast. He started on a five-year apprenticeship as an electrician in 1959, and stayed a total of 12 years before moving to Sunblest Bakeries Northern Ireland Ltd in east Belfast as a maintenance engineer in 1971. Eight years later, in 1979, he became Head of Engineering, with a team of 22 engineers in a company employing 400-500 employees.

In 1986, Mervyn was promoted to the role of Chief Executive of Sunblest Bakeries NI Ltd, which later became Allied Bakeries, part of the Bakery Division of Associated British Foods. He retired in 2008 at the age of 65, having served with the company for 37 years.

Throughout his management career, Mervyn had an active interest in small companies in east Belfast and through Business in the Community supported them in their Business to Business Bridge programme.

Mervyn also worked on the Invest NI and Belfast City Council sponsored Plato programme, mentoring six small to medium enterprise companies for a period of 18 months. He was invited to join the Board of East Belfast Enterprise in the year 2000 and became chairman in 2007 just one year before retiring from Allied Bakeries.

East Belfast Enterprise, the local branch of Enterprise Northern Ireland, had 36 small manufacturing units at the corner of Albertbridge Road and Newtownards Road in east Belfast. Their purpose was to deliver business start-up programmes designed to address business needs and encourage entrepreneurship.

During his time as Chairman, the City East building at the entrance to Newtownards Road was completed giving East Belfast Enterprise a further 60 business units.

Mervyn also worked for Invest NI for seven years after his retirement, working in their ‘Interim Management’ and ‘Business Growth Programmes.’

In 2003, at the age of 60, he graduated from the University of Ulster with a BA honours degree in Business Studies.

As a keen piper (bagpipes) from the age of nine, Mervyn, who has competed in the Grade Two World Championships, is currently chairman of the NI Piping and Drumming School, which offers tuition in piping and drumming in schools in Lisburn and Enniskillen.

He was chairman of the NI Bakery Council and President of the Irish Association of Master Bakers.

In 2008, through the Worshipful Company of Bakers in London he was made a Freeman of the City of London.