Cross walk to the top of Slieve Donard! 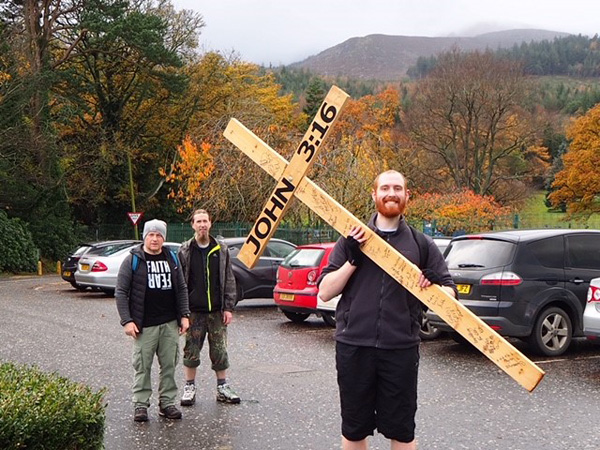 The Rev Bill Boyce, Ernie Arthur and Peter Kirch, foreground, set out on their walk to the top of Slieve Donard.

A team of three from St Brigid’s Parish Church, Mallusk, carried a seven-foot cross to the top of Slieve Donard on November 10 to raise funds for Crown Jesus Ministries.

The Rev Bill Boyce, rector, was accompanied by parish reader Peter Kirch and Ernie Arthur, who plays drums in the church band.

Ernie has previously taken part in cross walks, and was able to provide the cross. 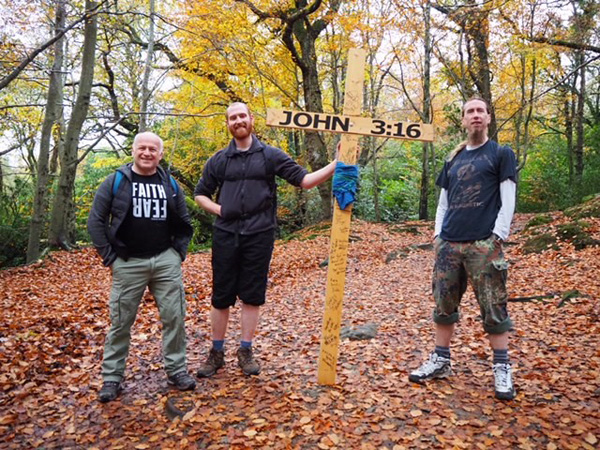 En route to the top.

The trio set out from the Slieve Donard car park in Newcastle at 9.30am and reached the top of Northern Ireland’s highest mountain two hours and 54 seconds later. 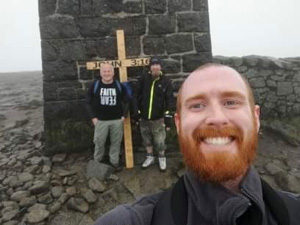 Bill, Ernie and Peter at the top of Donard.

“We chatted to a few people who were out walking and wanted to know why we were carrying a cross,” said Bill. “When we stopped for prayers at the top two girls came around the corner, and it turns out Crown Jesus Ministries had worked in their church.”

Bill’s wife Eleanor had walked part of the way with the team, and took some photos of their progress.