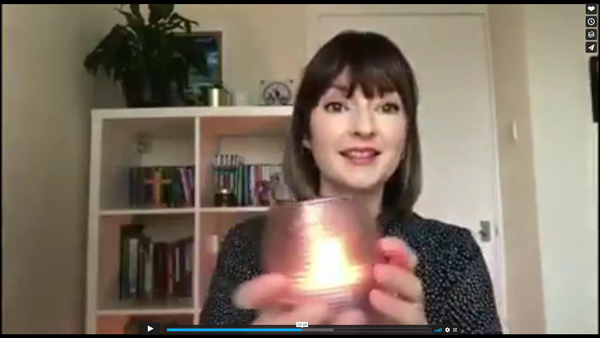 The Rev Emma Carson, curate assistant in Ballymena Parish, is among those female priests featured in the video to mark the 30th anniversary of the ordination of women in the Church of Ireland.

Many familiar faces feature in a video which celebrates the 30th anniversary of the ordination of women to the priesthood in the Church of Ireland.

The video, to be shown at this year’s meeting of General Synod, features contributions from 62 female Church of Ireland clergy.

The ordination of women to the priesthood was approved by the General Synod of the Church of Ireland on May 15 1990 and the new video will be shared at the 2020 General Synod, taking place in an online format on December 1 and 2, and as part of a service to be televised on RTÉ One on Sunday December 13 at 11am.

The Rev Irene Templeton and the Rev Kathleen Young were ordained by Bishop Samuel Poyntz, then Bishop of Connor, in St Anne’s Cathedral, Belfast, on June 24 1990. This followed the ordination of the Church’s first female deacon, the Rev Katharine Poulton, on June 21 1987.

Kathleen, whose married name is Brown, is now retired and worships in St Nicholas Parish Church, Carrickfergus. In June this year, as she approached the 30th anniversary of her ordination, she shared her thoughts on this milestone. You can read the full interview (as published in the Church of Ireland Gazette) HERE. 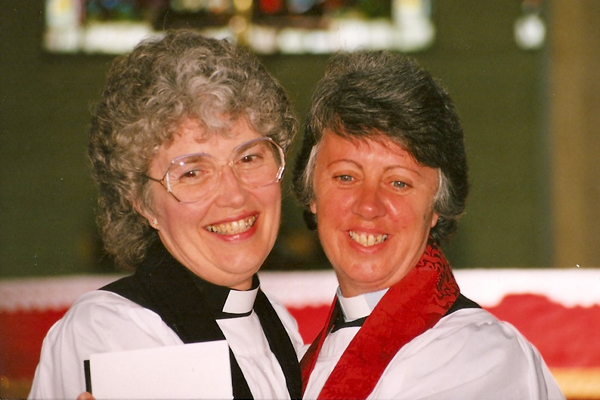 The Rev Kathleen Young (later Brown) and the Rev Irene Templeton on the occasion of their ordination as priests in St Anne’s Cathedral, Belfast, on June 24 1990.

The Church of Ireland’s first female bishop, the Most Rev Pat Storey, was consecrated as Bishop of Meath and Kildare on November 30 2013.

The film features the passing of chalices and candles between clergy, shot in individual video clips, followed by a number of memorable comments about the role of women in ordained ministry which have been heard over the years.

In the introduction to the video, the Dean of Cloyne, the Very Rev Susan Green, says: “To mark this moment and to celebrate God’s call to be ordained, we’ve made this video. The passing of the chalices and the candles reflects our shared hopes in ministry.

“The chalices are signs of our ordination as priests, of celebrating Holy Communion and of all we share together. The passing from one to another symbolises our connections and our unity in Christ. In these Covid-19 times, when we are missing the sharing of the common cup, it is all the more poignant.

“The candles symbolise the light of Christian faith and as we enter Advent, we rejoice in the words spoken by Bishop Storey from St John’s Gospel, ‘The light shines in the darkness and the darkness has never overcome it.'”

Music was arranged by the Rev Dr Anne-Marie O’Farrell and performed by her in the Hugh Lane Gallery, with permission kindly granted by Dublin City Council. The name of the piece is Chorale Variations on Take My Life and Let it Be by Dr O’Farrell.

There are currently around 100 female clergy serving in the Church of Ireland, among 500 serving clergy in total.