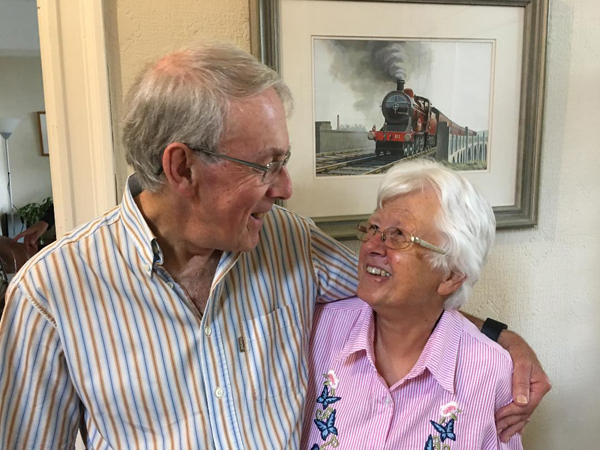 The Revs Ron and Janice Elsdon have just celebrated 50 years of marriage – on Zoom!

Many congratulations to the Revs Ron and Janice Elsdon, who celebrated their golden wedding anniversary with a virtual get-together on December 19!

The clergy couple were married on December 19 1970 at Holy Trinity Church, Platt, Manchester. 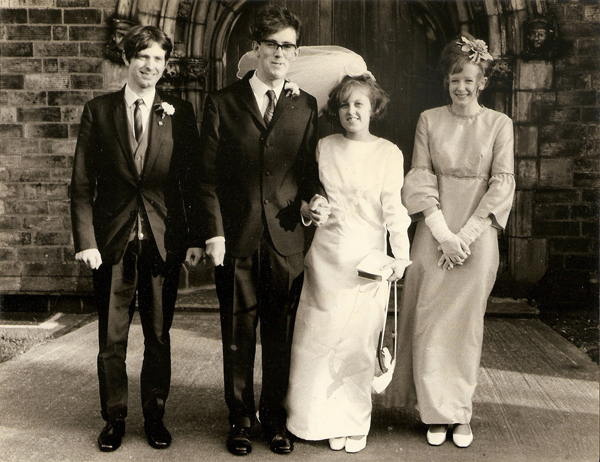 Ron and Janice on their wedding day in December 1970.

They moved from Manchester to Dublin 1971, and were members of St Matthew’s Parish Church, Irishtown, before coming north to Belfast 1989, and joining Greenisland Parish.

They have two sons Peter and Andrew, who both live in Yorkshire. Peter is married to Sarina and Ron and Janice have one granddaughter, Isabel.

Guests who had attended their wedding in 1970 – including their best man and bridesmaid – joined Ron and Janice for their Covid-safe Golden Wedding Anniversary celebration on Zoom. 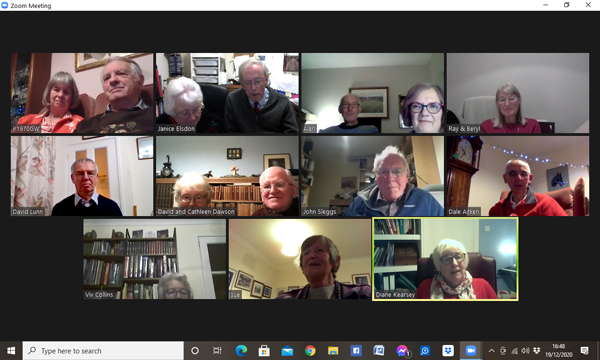 Golden Wedding celebrations with a difference! Ron and Janice meet guests who attended their wedding on Zoom.