The ’80s through the eyes of ‘Gazette’ former Assistant Editor 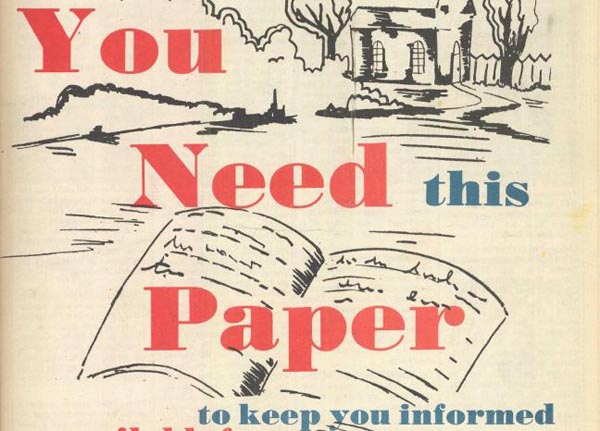 Image from The Church of Ireland Gazette, October 25 1985.

The Rev Clifford Skillen, former rector of St Polycarp’s Parish Church, Finaghy, and former Assistant Editor of the Church of Ireland Gazette, looks back at the Gazette through the 1980s in the RCB Library’s latest Archive of the Month.

Clifford, who retired in 2020 as Chaplain to the Bishop of Connor, was Assistant Editor of the Gazette, the a weekly newspaper, from 1999 until 2015, but his involvement with the publication began many years before, as he reveals in this fascinating insight into the Gazette in the 1980s.

This article is the RCB Library’s penultimate feature piece in its ongoing ‘Borderless Church’ series, and is published in conjunction with the online release of all editions of the Gazette for that decade, 1980-89 inclusive.

Clifford’s 1980’s presentation takes a first journalistic perspective in the series, which aims to show the all-island remit of the Church of Ireland. 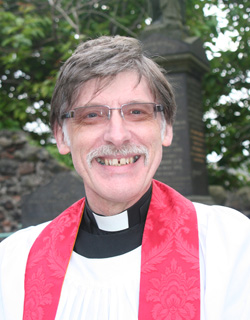 There are few who have had better or longer first-hand experience of the actual operation of the paper than Clifford, whose association with it actually began in his home parish (Dundela, in the Diocese of Down) where he assumed the role of Parish Gazette Representative (PGR) to promote the paper and look after orders, distribution and accounts within the parish.

Later, he would gain further ‘backroom’ knowledge under the tutelage of Canon Cecil Cooper, who succeeded the Rev Houston McKelvey as Gazette Editor from March 1982. Clifford recounts: “Cecil began to include me more and more in the work of the paper – primarily with himself and Sheila McCormick, now editorial assistant, …

“[He] always had ‘wee jobs’ for people and so I soon found myself writing book reviews and the occasional article and, especially during school holidays, doing some proof reading.”

Later again, the two would work together in an official capacity for two years following Clifford’s appointment as Assistant Editor in 1999, before Canon Cooper retired as Editor in 2001, after 19 years at the helm. Warm tribute is paid to the latter for his efforts to build bridges of understanding through the pages of the oldest weekly church paper in Ireland, and to maintain its independent voice.

Setting the Church of Ireland in its wider context, the text opens reflectively looking back “over four decades later, some of the most iconic and defining world events of that decade still seem so immediate, almost tangible: The Falklands War, Chernobyl, Lockerbie, Tiananmen Square and the fall of the Berlin Wall.”

Closer to home, the dawning of a new decade saw no let-up in the inter-communal violence and bloodshed on the streets of Northern Ireland. The country’s prevailing mood of despondency and fear was captured in the Gazette’s first editorial of the new decade (‘Point of View,’ January 11 1980), when the writer observed that ‘the omens for Northern Ireland in the 1980s are not good … [and] are barren even of hope.’ This was a reference, in particular, to recent sectarian murders and the ‘stenchily stagnant’ state of inter-Church relations and ecumenical contact. In this context, Clifford continues:

“Cecil wasn’t afraid to put his head above the parapet to make known the Gazette’s view on controversial issues of the day; nor was he backwards in reminding Church leaders from time to time of both the responsibility and privilege of leadership.”

At the same time, the paper served as a forum to encourage respectful and informed debate and discussion on a wide range of ecclesiastical, social, moral and political issues affecting the Church at home and abroad and was considered an important bridge between the northern and southern communities of the Church, Canon Cooper’s primary aim being a balance of news and views from all quarters of Ireland, thus widening the paper’s appeal north and south, uniting members of the Church family and lessening the sense of isolation which many Church members undoubtedly felt in those days.

The editorial of May 10 1985, for example, firmly challenged any ‘separatist’ outlooks, asserting: 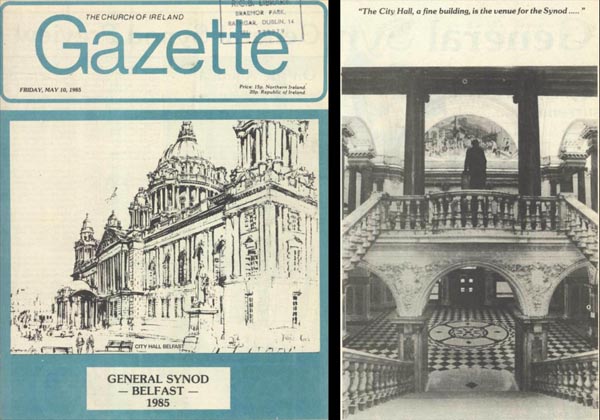 Canon Cooper also went to some lengths to promote reconciliation. Two particularly fine examples of this which are reproduced in the online presentation as standalone PDFs were published in 1986. The address given by the Very Rev Victor Griffin, Dean of St Patrick’s Cathedral, Dublin, in the Chapel of Trinity College Dublin on the subject of ‘Christians and the Anglo-Irish Agreement’ placed a high emphasis on reconciliation and was reproduced in full in the April 4 edition.

A few months later, again promoting the need for reconciliation with an all-island focus, the paper delivered by Archbishop Robin Eames at a Social Studies Conference held in Clongowes Wood College, Naas, C. Kildare, was also reproduced in full. It appeared under the title: ‘Reconciliation in Northern Ireland: The Future: The Contribution of the Christian Churches.’

As with all previous ‘Borderless Church’ presentations, the new piece is richly illustrated by extracts, articles and images from the paper, again demonstrating the value of the Library’s long-term project to digitize and make freely available the complete run of the Church’s all-island newspaper, The Church of Ireland Gazette (in print since 1856), and has again been made possible with the support of the Irish Government’s Reconciliation Fund, administered by the Department of Foreign Affairs.

To search and view all the other editions of the Gazette from 1856 up to 1989, go to: https://esearch.informa.ie/rcb.