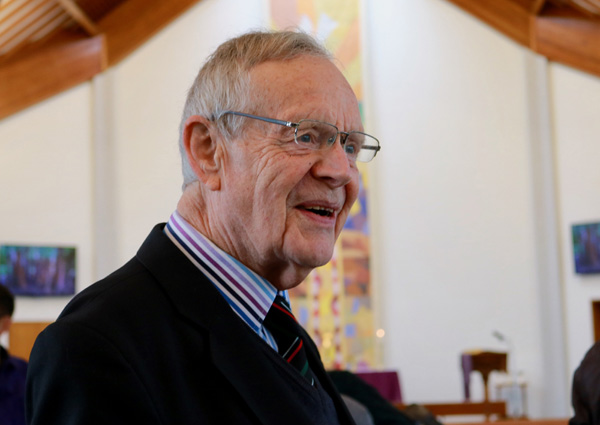 It is with sadness we record the death of Dean Brian Moller, a former Dean of Connor, on January 14.

Born in 1935, Dean Moller was educated at Trinity College, Dublin, and was ordained in 1961. His entire ministry was in Connor Diocese.

He was curate at St Peter’s, Belfast, from 1961-64, moving to a curacy at Larne in 1964. In 1968, he was appointed priest-in-charge of St Comgall’s in Rathcoole, taking on the full incumbency a year later, and serving in Rathcoole until 1985, when he was appointed rector of St Bartholomew’s in Stranmillis.

Predeceased by his wife Kay, Dean Moller is survived by his sons Jeremy and Julian and daughter-in-law of Elaine.

The Bishop of Connor, the Rt Rev George Davison, said: “Many people will join me in expressing sorrow at the news of Dean Brian Moller’s death.

“Brian Moller served his whole ministry in Connor Diocese and his faithful pastoral service touched many lives. We are thankful to God for him and assure his sons Julian and Jeremy of our prayerful support in this time of bereavement.”

Due to the current Covid-19 restrictions, the funeral service is strictly private. A more detailed tribute will follow.