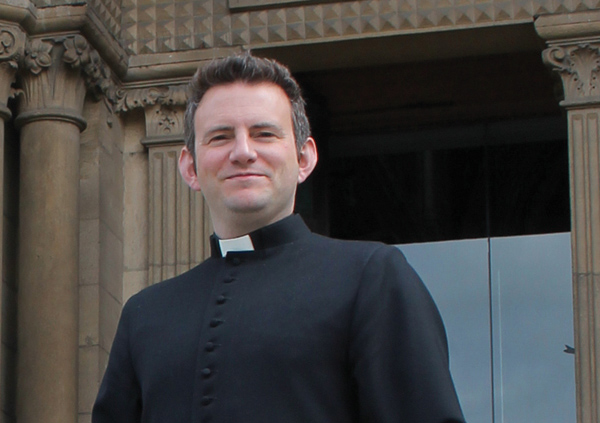 The Rev Dr Ian Mills, curate in the Parishes of Larne and Inver, Glynn and Raloo, has been appointed rector (vicar) to the Benefice of Chew Valley West in the Diocese of Bath & Wells.

Ian, a Minor Canon of Belfast Cathedral, grew up in Derry where he was a chorister in St Columb’s Cathedral. He did A-levels at Foyle College before studying a Bachelor’s degree, a Master’s degree and eventually a PhD in Music at Queen’s University Belfast.

Before studying at the Church of Ireland Theological Institute, Ian worked as Organist and Master of the Choristers in Derry Cathedral under the leadership of the Very Rev William Morton. He also worked as a freelance recitalist and accompanist, and taught in St Malachy’s College and Methodist College, Belfast.

Ian is married to Kelly-Anne, and in January 2019 was appointed President of the Ulster Society of Organists and Choirmasters.

Paying tribute to his curate in a social media post, the Rev David Lockhart, rector of Larne, Inver, Glynn and Raloo, said: “Rev Ian and I were in a unique situation when we both arrived here in 2018 within a week of each other. Ian has always been very supportive so whilst I am delighted for him I will miss him being part of the team. His exceptional musical talent and many pastoral gifts have blessed us all and I know he will be missed.”