Bill and Eleanor set for move to Majorcan Chaplaincy 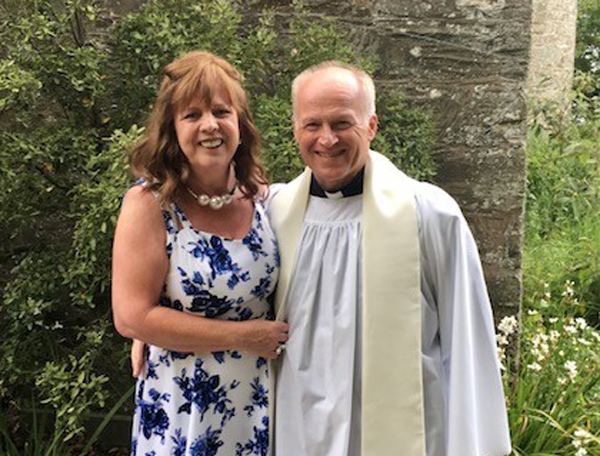 The Rev Bill Boyce and his wife Eleanor.

The Rev Bill Boyce and his wife Eleanor will shortly be swapping the green hills of Glengormley for the sun and sand of Port de Pollença, Majorca.

After 14 years as rector of St Brigid’s, Mallusk, Bill is following a call to the Spanish island where he will be Chaplain in the Anglican Church of St Andrew.

The couple have had an apartment in Port de Pollença since 2013, but despite their love of the place, they hadn’t envisaged a permanent move – at least not yet. 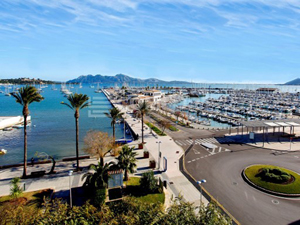 “We attend the church in Port de Pollença when we are in the town, and over the years have got to know quite a few of the local people and the minister,” Bill said. “We thought that when we were coming up to retirement we might consider living there.

“The minister of St Andrew’s has now moved to Costa del Sol, but we did not think there was the money to replace him. Then, in one of the regular emails we received from the church community in Port de Pollença, we saw that they were advertising for a part-time Chaplain in St Andrew’s.

“That set things in motion, causing us to wonder if a move like this would be possible. Then that sense of call became clearer and stronger.

“We have made real connections with the people there. They hold a Songs of Praise service on the beach, and a couple of years ago we had a real moment. We were singing ‘I am the Lord of Sea and Sky’ and both Eleanor and I felt a real sense that maybe this is where God wanted us to be.”

Bill was interviewed for the post by Zoom last December, and was offered, and accepted, the job that same day. He announced his departure to his parishioners in Mallusk last month.

“We will miss Mallusk. We love the people here, but this has been a real call for us. Announcing that we are leaving was one of the hardest things I have had to do,” Bill said. 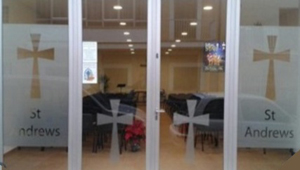 Eleanor took early retirement from the Organ Donation Service in 2017, and it was she who introduced Bill to Port de Pollença. “My love of the place just wasn’t going to go away,” she admitted.

“I will miss St Brigid’s. I felt enveloped in love when I first arrived in 2011. The parish is very much like family.”

St Andrew’s has a regular membership of around 30 people who live on the island, but in the summer season the church welcomes hundreds of holiday makers.

While Majorca is currently under Covid-19 restrictions, churches and restaurants are open. Bill’s last service in St Brigid’s will be the Sunday after Easter, and he will begin as Chaplain in Port de Pollença in May.

Bill has been rector of St Brigid’s since September 2007. He grew up in St Patrick’s Parish, Coleraine, and trained as a civil engineer. Bill worked for the Department of the Environment for almost 20 years before he was ordained to the curacy of Willowfield Parish, Down Diocese, in 2003. From there he moved to Bangor Abbey as curate until his appointment as incumbent of Mallusk. 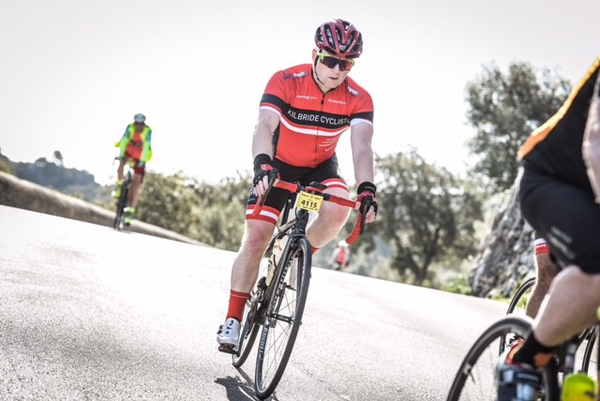 The Rev Bill Boyce competing in a cycling race in Majorca.

In 2010, Bill and the Rev Andrew Ker, his curate at the time, raised more than £40,000 for the Friends of the Cancer Centre through the Tour de Connor. This cycle marathon, which called at every parish in Connor Diocese, was organised in memory of Bill’s first wife Sandra. Bill remains a keen cyclist.

St Andrew’s Church is situated in modern premises in the heart of the port of Port de Pollença, and if – once holidays are permitted – you ever find yourself on the island, Bill and Eleanor would love you to join them at a service.