100 years of service to CLCGB 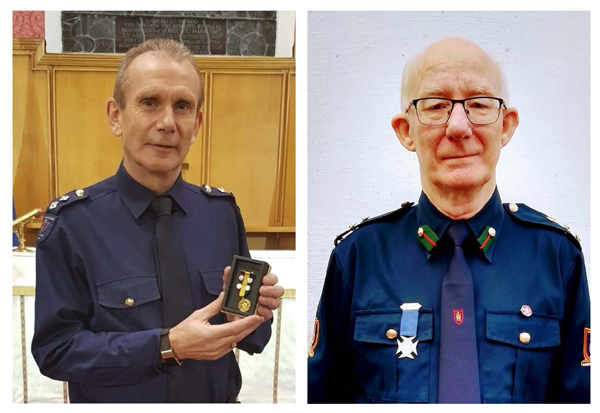 Two Officers from the Church Lads’ and Church Girls’ Brigade (CLCGB) in Connor Diocese have chalked up more than 100 years of service between them.

David Gamble joined the Brigade in St Paul’s Company, Lisburn, in 1968. In the 1970s, he played on the Company’s successful football team which won the CLB League three years in succession. He represented the Ulster Regiment in cross country and athletics at National Competitions and set a Brigade record for the 800m in the late 1970s. He also played the flute in the Company’s Marching Band.

David was commissioned as a Second Lieutenant in 1980 and promoted to Lieutenant in 1984. From 1990 until 1994 he was Captain of the Company, but had to stand down due to a work commitments. He continued to act as an Officer in the Company, right up to the present day, working with the Y Team, the section for 7 to 10 year olds. He was presented with a fourth ‘five year rose’ for his 30 years medal at a ‘virtual service’ by the rector, the Rev Arthur Young, assisted by present Captain, Andrew Maze.

Johnny Conn has been awarded the Officers’ Service Medal. Johnny joined the Senior Corps of the Carnmoney CLB Company, Newtownabbey, in 1970. He too enjoyed the Brigade’s sporting programme, and competed in handball, football and athletics competitions. For teaching in the parish Sunday School, Johnny was presented with the Brigade’s Church Service Award at a display night in the early 70s.

After attending Officer Training, Johnny was commissioned as Second Lieutenant, promoted to Lieutenant. He was Captain of the Carnmoney Company from 1977 until 1998, and in 1992 established a Church Girls’ Brigade unit for the parish. With the help of an enthusiastic group of leaders, the Brigade in Carnmoney became strong and successful. Johnny played the bass drum in the Company’s Marching Band.

He also worked at Battalion and Regimental level. He was Publicity Officer under the late Harry Anderson, Ulster Regiment CO, and assisted the Training Officer to organise courses.

In 1991, he was appointed Commanding Officer of the 1st Battalion. He recently did a second term as Publicity Officer under Melvyn Lockhart, the present CO, and has always had a passion to record the Brigade’s fascinating history.

Congratulations to both David and Johnny on their achievements. 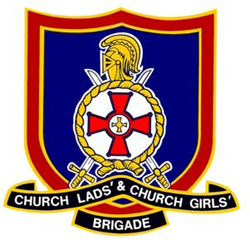