Duke of Edinburgh Award scheme was ‘far ahead of its time’ 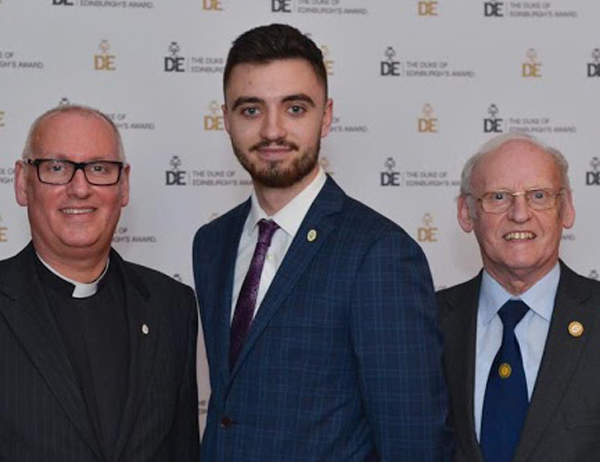 Three generations of Duke of Edinburgh Gold Awardees, from left: The Ven Dr Stephen McBride, vicar of Antrim and Archdeacon of Connor; his son Alex, a primary school teacher; and Stephen’s father Donald, a retired teacher.

The death last week of His Royal Highness the Duke of Edinburgh was particularly poignant for three generations of one Connor family – Donald, Stephen and Alex McBride.

Grandfather Donald, his son Stephen and Stephen’s son Alex are all holders of the Duke of Edinburgh Gold Award. Alex received his Award in February 2016 – at the time, the McBrides were only the second family in which three generations had achieved this.

Stephen, vicar of Antrim and Archdeacon of Connor, and retired school teacher Donald were the first father and son to be awarded the Duke of Edinburgh’s Gold Award.

Donald, now aged 80, completed his award in 1960 through the 72nd Boys’ Brigade Company which belonged to St Mary’s Parish in Crumlin Road.  This was only four years after the Award scheme was launched and Donald, as one of the earliest recipients of the Gold Award, travelled to Buckingham Palace in May 1960.  The flights for Donald and his parents cost £24. 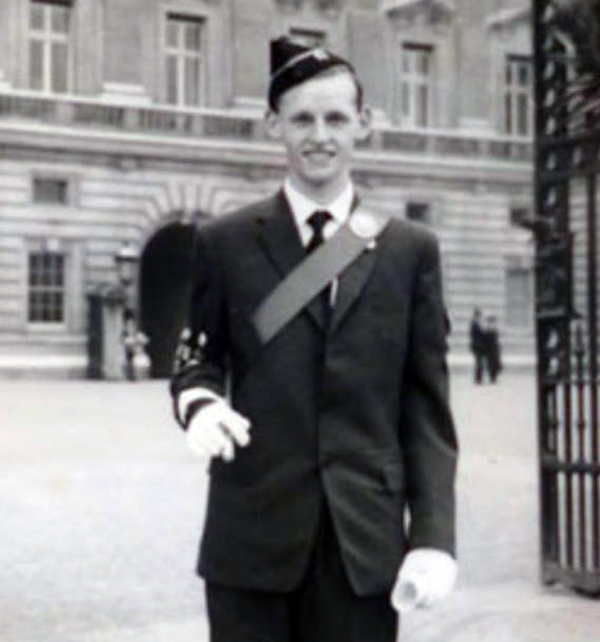 A proud day for Donald McBride, pictured at Buckingham Palace in May 1960. Donald was one of the early recipients of the Gold Award, as the scheme had only started in 1956.

Stephen said: “My dad encouraged me to complete my Gold Award with the hope that perhaps we might be the first father and son. I did most of my work for the Gold through completing the disciplines necessary for gaining my Queen’s Badge in the 118th Belfast BB Company which belonged to Holy Trinity Parish in north Belfast.

“I gained my Gold in 1979 through the Scout troop attached to Inst (RBAI) under the leadership of the late Ronnie Hiscocks. The school Scout troop had an excellent tradition in helping pupils gain their awards and enabled me to complete the expedition section.  I went to Buckingham Palace in 1981 with three other pupils who had also gained their Gold Awards.”

Stephen’s achievement did indeed mean that he and Donald were the first father and son to gain the Award. “At the Palace we had a short meeting with Duke.  My memory of the day was one of awe in getting the opportunity of meeting the Duke in person, even if it was for such a short period of time,” he recalled. 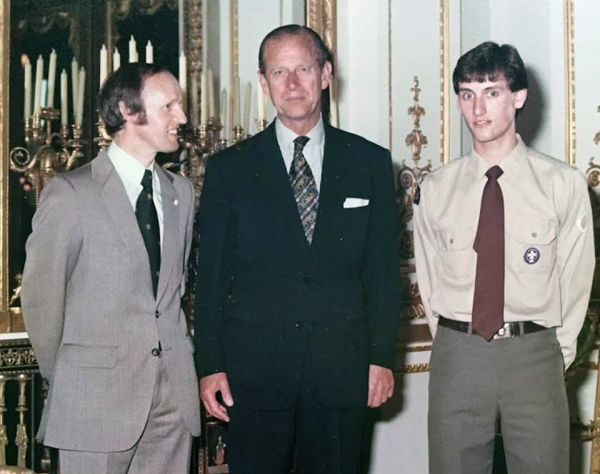 An historic occasion – Donald and Stephen McBride, the first father and son to receive the Gold Duke of Edinburgh Award, with Prince Philip at Buckingham Palace in 1981.

Stephen’s son Alex completed his Gold Award through Antrim Grammar School and Donald and Stephen accompanied him to Kensington Palace to receive the Award in February 2016.

“Even though we just missed out on being the first grandfather, father and son to gain the Award, we were presented to the Duke. It was a privilege to have another opportunity to meet him,” Stephen said.

“On this occasion, I was so impressed at how a man who was 94 was blessed with such energy.  He did his best to engage with every recipient in the room and make them feel special.”

In 1997, Donald and Stephen, as the first father and son Gold Award recipients, received invitations from then Prime Minister Tony Blair and Mrs Blair to attend Luncheon at The Banqueting House, Whitehall, in celebration of the Golden Wedding of Her Majesty the Queen and His Royal Highness the Duke of Edinburgh.

“There were around 300 people in attendance from many walks of life. Linford Christie, Cliff Richard, Maggie Smith, Shirley Bassey and the Archbishop of Canterbury were a few of the celebrities I spotted,” Stephen recalled.  “My dad had a one-to-one conversation with Margaret Thatcher for over 10 minutes.  The Secretary to the Cabinet Office was at my dad’s table and he gave us a guided tour of 10 Downing Street after the dinner.”

Stephen added: “During her speech at the dinner, the Queen memorably said of Prince Philip: “He is someone who doesn’t take easily to compliments but he has, quite simply, been my strength and stay all these years, and I, and his whole family, and this and many other countries, owe him a debt greater than he would ever claim, or we shall ever know.”

Stephen described the Duke of Edinburgh Award Scheme as invaluable in the life formation of many young people over the past 65 years. “Through its various sections, it encourages you to develop personal skills, for example through the playing of a musical instrument, to engage in a sporting activity and to look beyond yourself and participate in some form of community service,” he said.

“Of all the many areas of life, perhaps the most important factor of the Award is developing a sense of perseverance. I will never forget my expedition on the north Antrim hills on a very wet and windy trek in late October 1979. In those days, camping equipment was much more basic that today’s lightweight tentage and waterproofing was almost non-existent, but there was a great sense of achievement in completing the task.”

Stephen said one of the Duke’s many pioneering developments was St George’s House in Windsor. “He saw it as a place where people from many different areas of life who ordinarily may not have met together could meet in confidential surroundings to listen and exchange views,” Stephen said.

“It has been a haven which has provided a backdrop that has managed to diffuse difficult situations when people of opposing opinions have been able to meet in person and hear viewpoints which would have been very different to the ones they held to. I had the opportunity to attend two meetings in St George’s and they were transformative in my ministry and life and I feel honoured to have been chosen to attend them.”

The Duke, Stephen commented, has been paid many compliments over the years for his service and commitment to a great variety of causes. “The photomontages of him and tributes that have been broadcast over recent days reveal a person who lived his life to the fullest and encouraged those around him to take risks and live life on the edge where possible,” he said.

“He has led by example and in everything he was connected with, he gave of himself to the fullest.  The Duke of Edinburgh Award scheme was far ahead of its time in 1956 and its success is to be seen in its thriving 65 years later. Of the many legacies that the Duke has given his name to during his life, this is surely one of the most enduring in that it is open to every young adult to participate in throughout the Commonwealth.”

Donald said he believes that being a Gold Award holder helped him secure a post in Orangefield Boys’ School, one of the most prodigious secondary schools in Belfast, in the early 1960s.  “The headmaster, John Malone, had recently introduced the scheme in the school and was very keen to have a staff member who had gained the award. So in having the Gold Award, it was seen as an important element in my CV,” Donald said.

Alex, 27, is now a P7 teacher in Antrim Primary School. He said: “The Duke of Edinburgh scheme has given me many life skills which have helped me in the development of my career.”