June prepares to stride out on second Connor walk 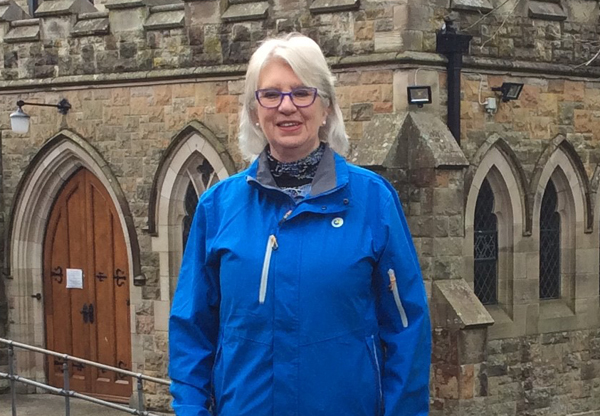 June Butler, All Ireland President of Mothers’ Union (MU), will undertake her second Connor walk in her fundraising ’21 in 21’ challenge next Monday, April 26.

Joined by Nina McNeary from the National Churches Trust, June will follow the coastal path from Portrush to Portstewart, starting at Holy Trinity Church, Portrush, and finishing at Agherton Parish Church, Portstewart.

Other local MU branch members will take part as well, and all current government Covid-19 guidelines with be complied with.

As fundraising at branch level has been suspended because of the pandemic, June has set herself the challenge to walk 21 kilometres, made up of three legs of 7km, in each of the 12 Church of Ireland dioceses in Ireland, and is asking for sponsorship from MU members and members of the public.

Her first walk in Connor took place on April 13 when June walked from Stranmillis to St Anne’s Cathedral. She hopes to do a third Connor walk later this year.