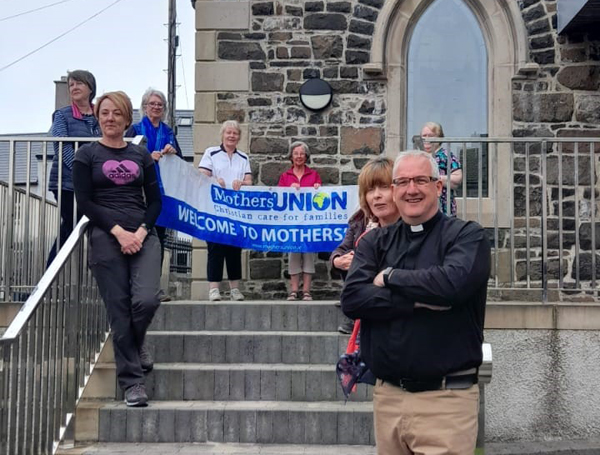 The MU group with the Rev Malcolm Ferry at Agherton Parish Church, the finish of their fundraising walk.

A small group of Mothers’ Union (MU) members joined All Ireland President June Butler for a walk along the north Antrim coast, one of June’s series of ’21 in 21’ fundraising walks.

The walk began on Monday April 26 at Holy Trinity Parish Church in Portrush, where the rector, the Rev Canon Peter McDowell, set the walkers on their way with the Mothers’ Union Prayer.

Walking along with June were Nina McNeary from the National Churches Trust; Kim and Alicean from Agherton Parish and Jean and Kay from Ballywillan Parish. 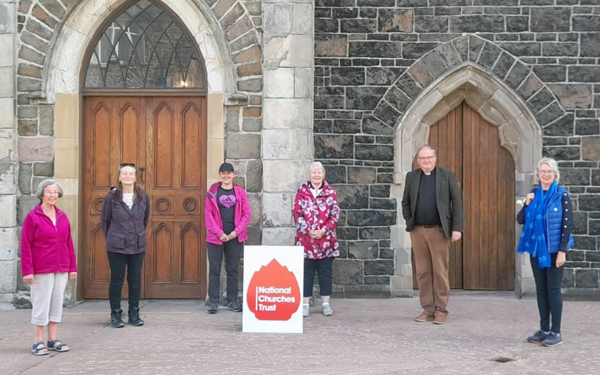 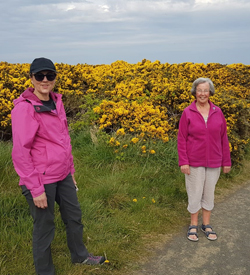 Kim and Kay, MU members from Ballywillan Parish, on the coastal path.

The route followed the promenade towards the coastal walk leading to Portstewart. It passed the grave of the unknown sailor which has been tended by local people for about 200 years and a piece of wartime history in the form of a giant arrow that the RAF used to get their bearings on the way to protect the convoys in the North Atlantic.

In Portstewart, the group followed the promenade and then the cliff walk as far as the old Ice House, used for hundreds of years by the local fishing community.

They arrived at Agherton Parish Church around midday and were met by the Rev Malcolm Ferry, his wife Carol and Agherton branch member Rosemary. Connor Diocesan President Sally Cotter and her husband Bob joined the walking group at Agherton, and we were directed to socially distanced seating.

The small group sat back to listen to a recording of Agherton’s Lockdown Choir performing Allegri’s Miserere Mei, Deus, and the rector then gave a short reflection based on the church windows, paying particular attention to the feet of the images represented. The time of worship closed with a prayer followed by the Mothers’ Union prayer again. 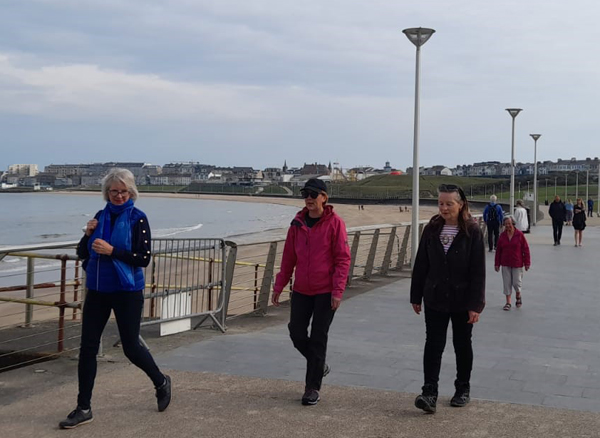 June spoke about the Mums in May 21 initiative. As fundraising at branch level has been suspended because of the pandemic, the All Ireland President has set herself the challenge to walk 21 kilometres, made up of three legs of 7km, in each of the 12 Church of Ireland dioceses in Ireland, and asking for sponsorship from MU members and members of the public.

Her first walk in Connor took place on April 13 when June walked from Stranmillis to St Anne’s Cathedral. She hopes to do a third Connor walk later this year.