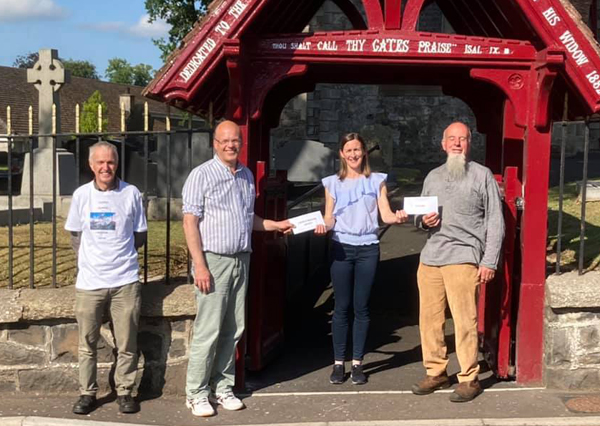 The Rev Canon Stuart Lloyd’s ‘Everest via Slemish Challenge,’ completed over the course of a week during June, has raised more than £12,000 for two charities working in Nepal.

Stuart said he was delighted with the backing he received and the success of the venture. “We were blessed indeed with the publicity we received, with the numbers that joined in the climb, with the good weather and with the absence of any falls or spills,” the former rector of St Patrick’, Ballymena, said.

“We were especially overwhelmed with the financial support we received. Our profound thanks go to all those who contributed in any way to the project. This support will be very much appreciated by our mission partners in Nepal.”

The money raised has been divided between Church Mission Society Ireland and its work in Nepal, and Koshish, a Nepali NGO that seeks to improve mental health in that country.