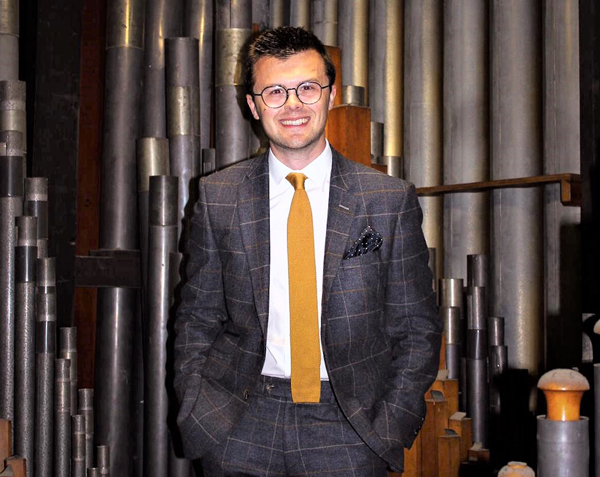 Jack Wilson, Assistant Director of Music at Belfast Cathedral, is to leave St Anne’s in September having been appointed to the team of organists in Ely Cathedral.

Jack, who is 23, began his musical career as a chorister in St Columb’s Cathedral in Londonderry where he studied organ with Ian Mills and Derek Collins. He read music at Queen’s University Belfast and was organ scholar at Belfast Cathedral.  After undertaking a Master of Music degree in Choral Conducting at Cambridge University, he was appointed Assistant Director of Music at Belfast Cathedral.

Jack said: “I am absolutely delighted to be joining the team of three organists at Ely Cathedral and to have the opportunity of taking part in the daily music making in a Cathedral whose musical tradition extends for over a thousand years.

“I am most grateful to David Stevens and Matthew Owens at Belfast Cathedral for all their careful tuition and for their support and guidance. This will be invaluable in facing the challenges involved in playing organ solos and accompanying the well-known Ely Girls’ Choir.”

Jack added: “It was thrilling to play the Ely Cathedral organ at the auditions for the post and to have the chance of playing it regularly at choral services, concerts and recitals. It was built by Harrisons in 1908, just a year after our organ in Belfast Cathedral.”

Besides organ playing and deputising for the Director of the Girls’ Choir, Jack will be teaching music in the King’s School Ely which is one of England’s major public schools.

Before leaving for Ely in September, Jack will be playing at the Choral Eucharist and Choral Evensong each Sunday in St Anne’s. With the Cathedral’s Director of Music, Matthew Owens, he is also making a video for school children explaining aspects of pipe organs including some of their internal workings.