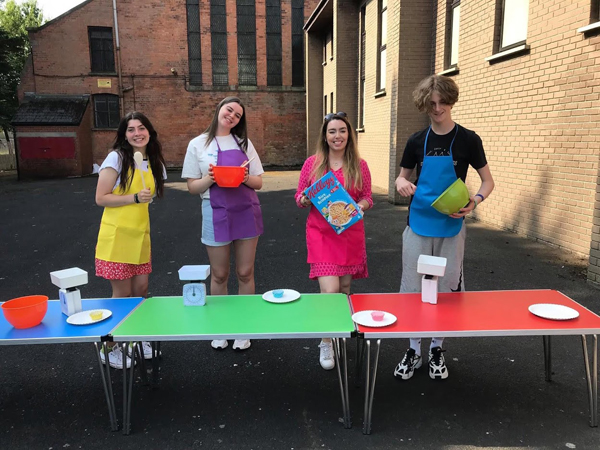 Leaders getting creative with Rice Krispies!

A planned summer scheme for children and young people in the Parishes of St Michael and St Stephen had to be re-invented when rising Covid cases in the area forced its last minute cancellation.

But the change showed just how resilient and resourceful the team behind the scheme, which included several young leaders from an Exodus team, could be, with a fun-filled week going ahead from July 18-25 which ensured everyone stayed safe.

For several months, St Michael’s and St Stephen’s had worked with the Exodus Team 8 and Connor Diocesan Development Team to plan an action-packed summer scheme, with seven young people from the North Coast serving alongside them for a week in July. 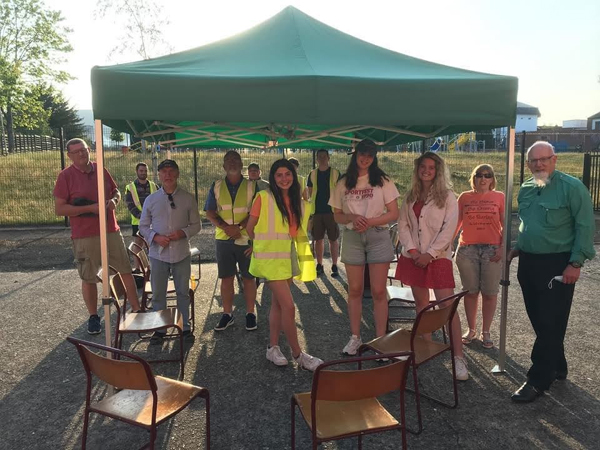 Members of the Exodus 8 team and local leaders and volunteers.

Connor Children’s Ministry Development Officer, Victoria Jackson, said the team was well prepared and excited for the week ahead.

“Thirty five children and young people had signed up, buses had been booked, craft supplies prepared and Tesco food delivery slots secured,” explained Victoria. “Everything was ready, but unfortunately things did not go as planned. Just two days before the Exodus team arrived came news that Covid-19 case numbers in the area were rising quickly, and leaders began receiving messages from families who could no longer attend the summer scheme due to having contracted Covid-19 or having to isolate.”

After the Exodus team arrived on the Sunday and took part in church services in St Michael’s and St Stephen’s, the team took the difficult decision that by holding the summer scheme, they could exacerbate the problem in the area and so reluctantly came to the conclusion that it should be cancelled. 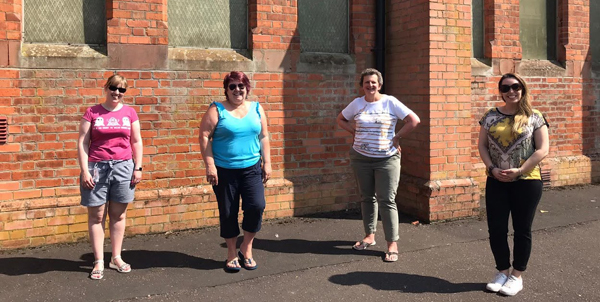 Leaders preparing for a fun week in the July sunshine.

Victoria said: “At this point the team could have been forgiven for becoming discouraged or writing the week off. Instead, they worked together to come up with alternative ways to serve the community.”

Team members got to work making up activity packs for each child who had been registered for the summer scheme. These were delivered personally to each doorstep. Takeaway lunches were served from the church car park and the team also went on a prayer walk around the community.

On two evenings, the team joined Diocesan Youth Officer Christina Ballie and Church Army Evangelist Stephen Whitten in the Glencairn Community Garden where they put on activities for local children and young people. 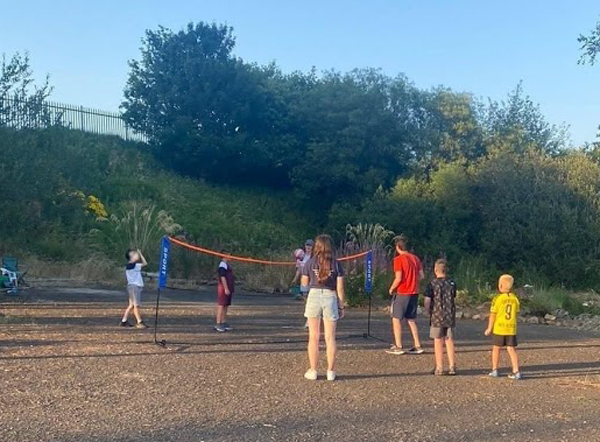 The children and young people enjoyed activities in the Glencairn Community Garden.

Play it By Ear drama company joined the fun for two afternoons, travelling around the community performing drama sketches and telling Bible stories on doorsteps. Even the Community Policing Team joined in the fun and took part in the dramas!

The Exodus Team also joined Victoria and Church Army Evangelist Karen Webb in creating a new Baking Buddies video which was sent out to the families along with the ingredients to make Rice Krispie buns!

All Nation’s Ministries, who had been scheduled to take the children for a drumming workshop, were still delighted to visit St Michael’s. Along with the team, they gave an outdoor performance at Hemsworth Court, a supported housing scheme for people living with dementia. 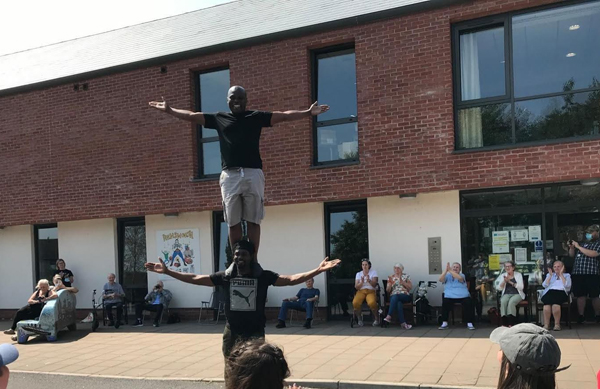 The team from All Nations Ministries were a big hit with the residents of Hemsworth Court!

The week concluded with a special family service at St Michael’s, led by the Exodus Team and followed by a barbecue expertly cooked by the rector, the Rev Canon James Carson.

“During the service, the young people spoke of all they had learned through the unexpected change in plans. They reflected on how they had learned that God’s plans are always better than our plans and that He is in control,” Victoria said.

“They shared that they had been challenged and pushed out of their comfort zone throughout the week and how this had taught them to trust in God more fully.” 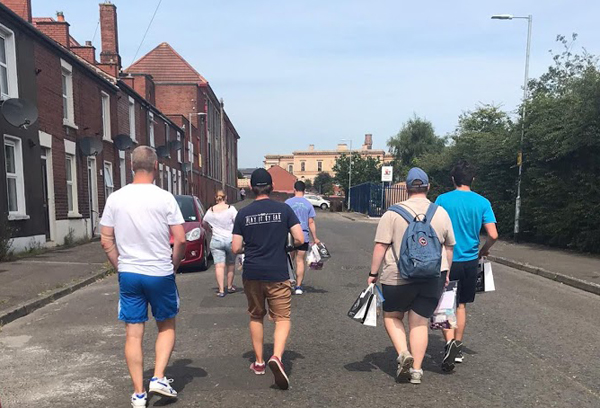 One of the activities which took place during the week of the summer scheme was a prayer walk around the parishes.

Victoria added: “Another positive to come from the week was the feedback from parents who were blown away by the efforts of the team to connect with them and make the week special for their children.

“Overall, it was amazing to witness the resilience and resourcefulness of everyone involved, they turned a negative set back into something so positive and made a lasting impact on their community.”