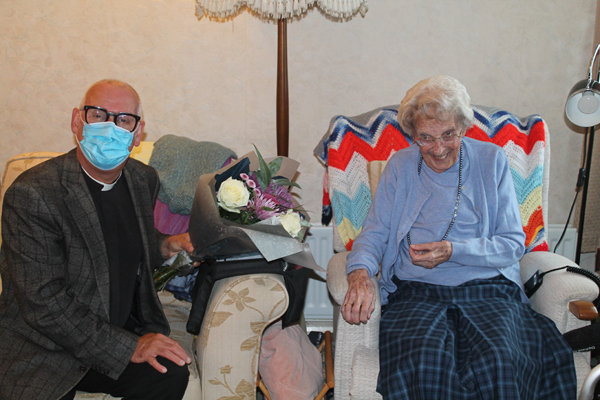 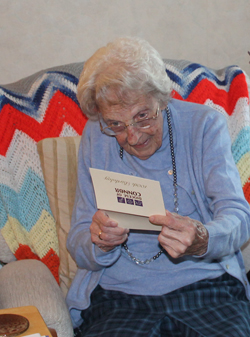 Bertha reads her birthday card from the Bishop of Connor.

Many congratulations to Bertha Christie, a parishioner of St Patrick’s, Jordanstown, who celebrates her 100th birthday on Saturday August 7.

To mark this marvellous milestone, Bertha received a visit from the Bishop of Connor’s Commissary, Archdeacon Stephen McBride, along with her rector, the Rev Canon Nigel Baylor, on Thursday August 5.

They are among the many guests who will pay a socially-distanced visit to the sprightly Bertha as she celebrates her big day, including family, friends and the Mayor of Antrim and Newtownabbey, Councillor Billy Webb MBE.

One of 11 siblings born in Raphoe, County Donegal, Bertha was married to Fred who sadly died in 1992. A nursing professional all her life, she trained in general nursing at the Royal Victoria Hospital before moving into occupational health nursing in the industrial sector.

Bertha was something of a pioneer in this field, training in London and then encouraging companies to train other nurses in this specialist field. 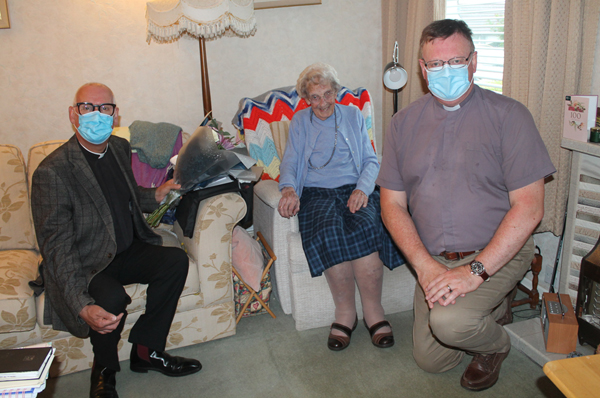 “Some of the bigger firms employed nurses,” Bertha said. “I would have been responsible for looking out for health and safety issues and for other problems, including mental health. I saw a need for training these nurses as many were just out of school or straight from the hospital, and I identified nurses wanting to do the occupational health training.”

Bertha is modest about what she started, but her niece Angela Latimer pointed out that Bertha in effect set up the occupational health training for the Health Service in Northern Ireland. “Without this lady and her colleagues it would have been years before this came into the workplace. She was way ahead of her time,” said Angela.

She worked for Courtaulds in Carrickfergus, BOCM and Unilever. “Even after she retired, Bertha continued to visit former employees of Unilever on their birthdays, driving herself all over Northern Ireland until the she was 92,” Angela added. “She was still driving herself until after she turned 99!” 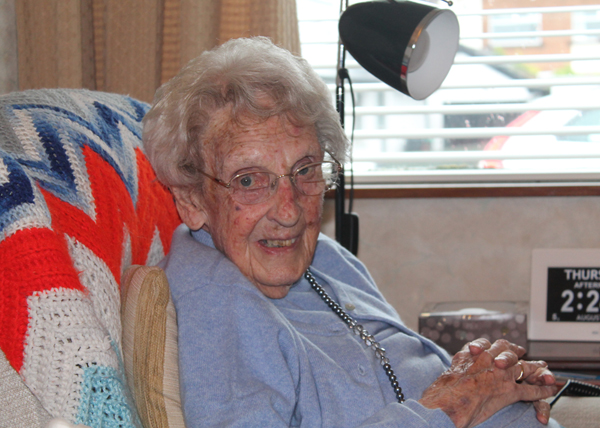 Bertha Christie, 100-years-old on August 7, chats about her life and work.

Although she says she didn’t have time for hobbies, Angela reminded her that she is a talented dressmaker. “Ah yes, I made all my own clothes,” Bertha said, modesty prevailing once again.

Wishing Bertha a happy birthday, Canon Baylor said Bertha was an active and valued member of Jordanstown Parish, and had been a regular attender at 9am communion and was a member of the parish Tuesday Club. She still lives in independently in her own home.

Archdeacon McBride brought birthday greetings from the Bishop of Connor and the diocese, and chatted to Bertha about her life and work over a cup of tea and cake.

Have a fantastic birthday Bertha! 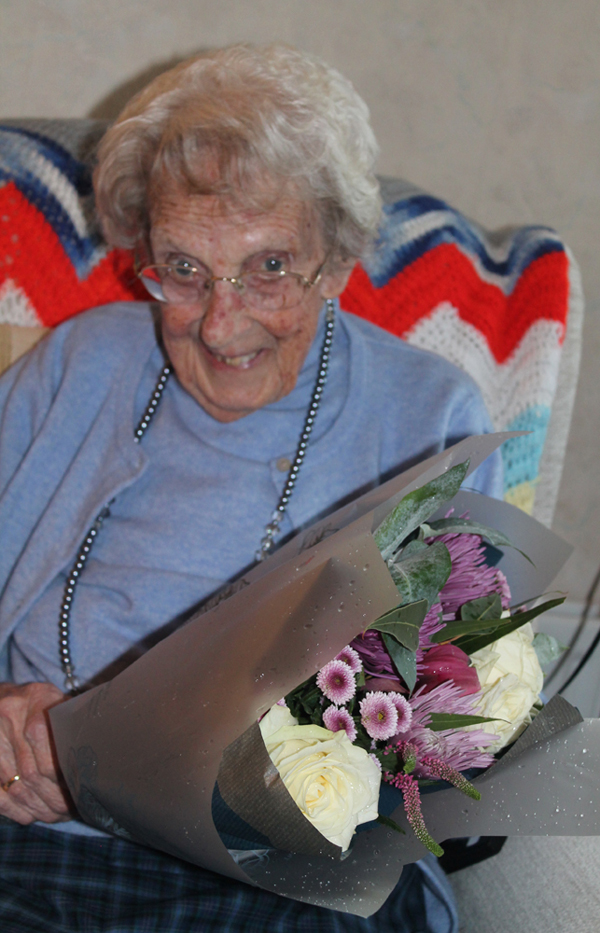 A lovely smile from Bertha.