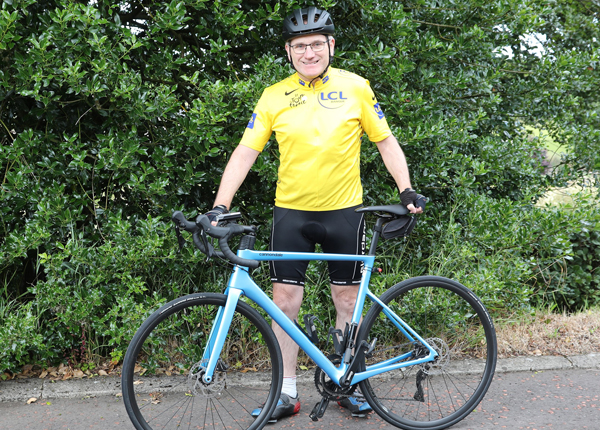 Kilbride parish reader David Holmes is in training for a 75-mile sponsored cycle around the Antrim Rural Deanery to raise funds for NI Chest Heart and Stroke.

Are you in Antrim Rural Deanery? Do you fancy a spin on your bike around every church in the deanery? If so, David Holmes, a parish reader in Kilbride Parish, would like to hear from you!

David is planning L’Étape du Deanery – a sponsored cycle in aid of Northern Ireland Chest, Heart and Stroke. Taking place on Saturday September 4, the route will take in all 14 parish churches in the deanery and cover a total distance of 75 miles in one day.

He is appealing to cyclists who are members of any of the 14 churches in the deanery to join him – if not for the entire circuit, then for sections between churches. 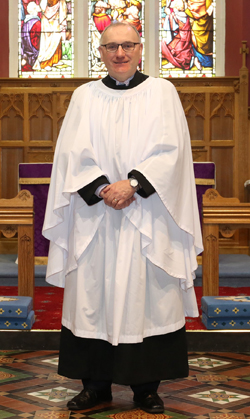 David Holmes in the familiar role of parish reader.

So if you are a parishioner in any of the churches below and fancy taking on this challenge, David invites you to sign up.

The charity event has the blessing of Antrim Rural Dean, the Rev Canon Derek Kerr; David’s rector in Kilbride, the Rev Canon David Humphries; and the Archdeacon of Connor, the Ven Dr Stephen McBride.

Outlining the proposed route, David said: “It will start and finish at Christ Church, Ballynure, going on a circular route around all 14 churches in the rural deanery. Furthest churches are Gartree near Crumlin, Ballyscullion near Randalstown and Kells. There is an option to only do a section of the route for those who don’t want to try the full distance.”

David is a keen cyclist and a former rugby player. He had hoped to organise something like this last year, but had to defer due to the pandemic. “With so many people taking to bikes since Covid-19 started, it is growing in popularity as a sport,” he said.

He emphasised that although the full 75-mile route was ‘not for the faint-hearted’ he would very much like to involve all parishes in the rural deanery. “People are welcome to sign up for just one leg,” he stressed.

Anyone who is interested in taking part in this challenge and supporting NI Chest, Heart and Stroke  – which celebrates its 75th anniversary this year – is asked to contact David at: Email: david22holmes@gmail.com; Mob: 07899 666222.

If you would like to sponsor David and his fellow cyclists, you can make a donation online HERE.