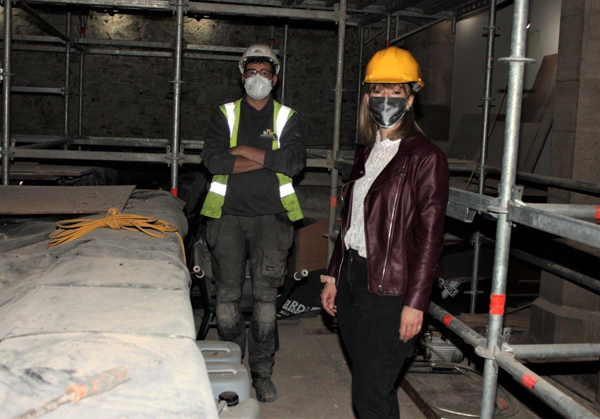 As the anniversaries are celebrated, the parish has launched an appeal to raise £75,000 to address ‘significant dry rot’ issues in the church building. 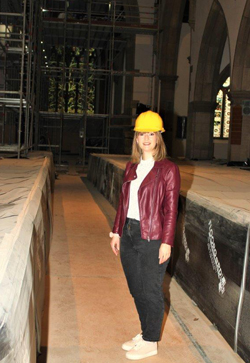 The Rev Emma Carson, curate in St Patrick’s, Ballymena, inside the church where work is taking place to deal with dry rot. Photo: Loraine Watt.

The Borough Council also produced a video as part of European Heritage Open Week earlier this month, and a small exhibition was held in the Braid Civic Centre. It is also planned to have a display in Midtown Makers in Church Street.

The tercentenary is significant not just for the parish, but also for the town of Ballymena, as the history of the Church of Ireland is an integral part of the development of the town.

This year also marks the 140th anniversary of the re-opening of St Patrick’s in Castle Street after a fire destroyed the newly constructed building in 1879. The parish now faces a major challenge in terms of addressing significant dry rot issues within the building.

The majority of the financial challenge will fall to parishioners, but it is also hoped to encourage non-parishioners to make donations to help ensure the future of what is arguably, from an architectural perspective, Ballymena’s most important civic building.

The parish has launched a public appeal to raise £75,000, and anyone wishing to make a donation can do so via JustGiving.

In the Tercentenary Commemorative Guide, the rector, the Rev Canon Mark McConnell, set out an exciting challenge. “What will these stones, some 300 years from now, say about us – history will judge? I remain sure that the calling of the people of God in every age is to discover and share the revelation of God, chiefly in His Son Jesus. The ‘how to’ might have to change but the ‘who’ and ‘what’ stay the same,” Mark wrote. 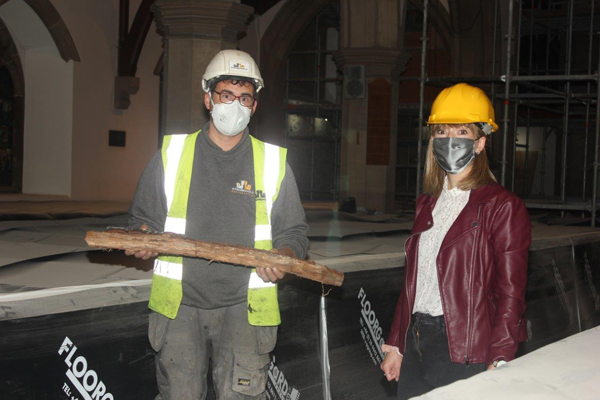 David McClimond shows the Rev Emma Carson, curate in St Patrick’s, Ballymena, a piece of charred wood taken from wall – a remnant of the fire of 1879. Photo: Loraine Watt.