Menu
Home > News > From Ballymacash to Canada – via BBC Radio 4!

From Ballymacash to Canada – via BBC Radio 4! 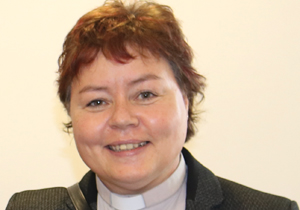 The world is a small place – as the Rev Lynne Gibson discovered when her early morning Prayer for the Day of BBC Radio 4 caught the attention of a lady who tuned in from Canada!

Lynne, rector of St Mark’s, Ballymacash, has been sharing a thought on the national radio station each morning this week (October 4-8), and after Thursday’s broadcast, she received communication from a lady living on Prince Edward Island.

The lady said she had been thrilled to hear Lynne talk about Anne of Green Gables on Thursday morning. The book is set on Prince Edward Island, and the listener had been alerted to Lynne’s prayer by an English cousin.

The lady wrote: “It was wonderful how you connected the season of autumn to Anne and her exuberant love of October (of pretty well everything!). You see, I have a connection to Anne that is pretty special.

“In 1958, my parents wrote a musical, Anne of Green Gables. In 1964, it became a stage musical in Charlottetown, Prince Edward Island, and it has been playing there ever since to absolutely packed houses. The musical also did well in New York, and London.” 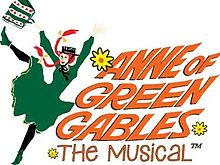 The writer continued: “Because of the musical, we started to visit Prince Edward Island every summer and in 1972 we bought a beautiful farm on the island. Our family has summered there every year since 1964.”

She enquired if Lynne had heard of the musical, or indeed if her brother (who lives on the island) had seen it.

The lady said the theatre had been closed for two years because of the pandemic but there were hopes the musical would reopen next summer. “It is so beautiful and moving and passionate and is Canada‘s longest running musical,” she told Lynne. “My father wrote all the music, and my mother wrote many of the lyrics, including a number called ‘Gee, I’m Glad I’m No One Else But Me!’ – that reminds me of your lovely sermon this morning.”

Lynne plans to reply to the email, letting the lady know that not only has she heard of Anne of Green Gables the musical, but she has visited Prince Edward Island and has seen the show!

You can tune into Lynne’s Prayer for the Day broadcasts on BBC Sounds below: