Next month, Mothers’ Union will once again highlight the issue of gender-based violence, with its 16 Days of Activism against Gender-Based Violence Campaign. 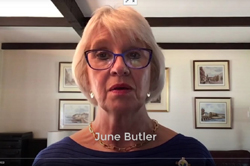 June Butler and Jacqui Armstrong, from the Mothers’ Union, spoke on the scale and challenge of gender-based abuse and violence – and how members of the Church can take action against it – at General Synod 2021; their presentation is above and is shared for discussion in dioceses and parishes. The video can be downloaded at this link.

The presentation formed part of the Church and Society Commission’s report to General Synod and incorporated a video shared by the Anglican Church in Australia’s Diocese of Melbourne which highlighted violence against women and children, and its causes.

Both men and women may be victims of abuse and violence and everyone who experiences it should be encouraged to come forward and seek support and assistance.  Mothers’ Union representatives across the island raise awareness of gender-based violence through talks in schools, the Thursdays in Black campaign, and the 16 Days of Activism Against Gender Based Violence which encourages prayer, greater awareness and action (including practical donations to assist refuges) every year in dioceses across our island.

The 16 Days is an annual international campaign starting on November 25, the International Day for the Elimination of Violence against Women, and running until December 10, Human Rights Day.

In Northern Ireland, the Domestic and Sexual Abuse helpline – 0808 802 1414 – is open to women and men affected by domestic abuse or violence.  Help can also be sought by emailing help@dsahelpline.org 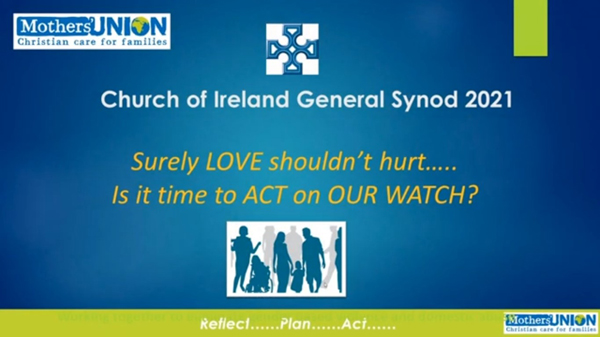